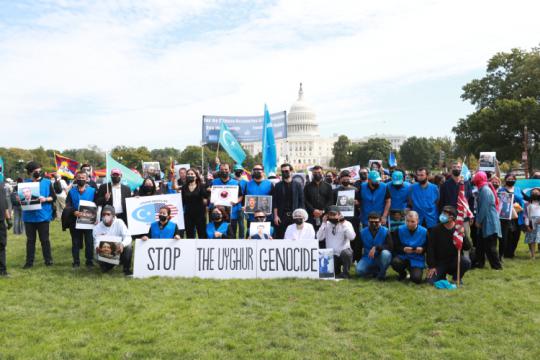 Two researchers at the Erasmus Medical Center have been unable to prove that DNA they used for scientific research was donated voluntarily by Uyghur subjects. Their publications have therefore been withdrawn by two scientific journals.

The announcement is published on the independent Dutch website Follow the Money, a research platform for journalists. Uyghurs are a persecuted Muslim minority group in China. They have been subjected to forced labour and according to Amnesty International locked up in re-education camps.

The Chinese researcher Fan Liu, who co-authored both studies, has been a professor at the Erasmus MC since 2013. His colleague, Ziyi Xiong, who collaborated on one of the disputed studies, only started work at Erasmus MC after publication.

The withdrawn articles deal with “phenotyping”, which means determining someone’s external traits based on DNA analysis. This method is also used in the Netherlands for criminal investigations. There were also researchers involved in the withdrawn studies who worked for the Chinese police.

In 2019, two scientific journals (Hum Genet and Int J Legal Med) added a “note of concern” to the articles after The New York Times had questions about the research. The editors asked the authors to provide proof that the Uyghurs had given permission for the use of the DNA samples. But the documents that were submitted failed to convince the editors, which led to both articles being recently withdrawn from publication.

Liu and Xiong do not agree with the decision and argue that both studies were approved by the ethics committee of the Institute for Forensic Sciences in China.

The Erasmus MC is standing behind its researchers. It announced that the MC was not involved with Professor Fan Liu’s research in China and therefore does not have any information about the datasets used. The board trusts “that other international or national research institutes observe general standards of scientific integrity”.

When new facts surface, the Medical Center will, if necessary, “take fitting measures”, EMC stated, just as it did in 2019. But in principle the facts have not changed, a spokesperson replied when asked. “It’s the journals who have withdrawn the publications.”

She also stated that the lack of proof of permission to use the DNA does not, in her opinion, mean for a fact that no permission was given for its scientific use.