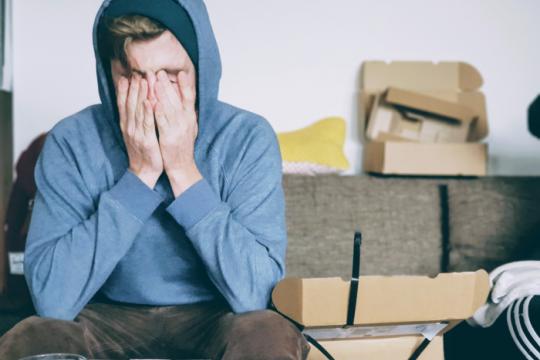 Almost all students of the VU Amsterdam worry about their mental and social well-being, according to a survey conducted by the VU.

Considerably more foreign students worry about their physical health, namely 70 percent. Foreign students make out 22 percent of the surveyed students. That is to say that 1027 of the 4,716 students filled out the questionnaire in English. The results match up with those of the Dutch speaking students for the most part, except for foreign students it seems harder to get access to a study advisor.

60 percent of the students suffer from anxiety about online education, although the same percentage feels that it gives them more freedom. 75 percent has severe concerns about involuntarily breaking the exam regulations during an online test, an issue which also has the attention of the central student council and student union SRVU. Half of all students are concerned about their privacy in relation to the online surveillance during online tests, known as proctoring.

Two thirds worry about their study progress, 40 percent about their elective courses. Half of all students are pessimistic about their chances in the future on the job market. The thought of internships keep some students from their sleep. Three quarters of all students fear their mental health will suffer from missing physical education. Fear of being contaminated by the coronavirus at the VU campus only exists within a small part of the surveyed students, namely 20 percent.

In reaction to these findings, the VU extends its aid package for the well-being of students. Besides the platform well-being, launched last Christmas, and the project Caring Universities, a co-operation of the VU with the universities of Leiden, Maastricht and Utrecht, the capacity of the body of student psychologists will be increased. The VU financially supports student associations to make better use of their apps and platforms, and it wants to improve contact between students in co-operation with the associations.

Furthermore, there will be more workshops and training programs to learn to study more efficiently and the VU is working on a better accessability of the student psychologists. With the government and society of Dutch universities VSNU, the VU wants to start a pilot with rapid tests for corona, which could facilitate more classes on campus. “I would like to urge everyone in need to not hesitate and seek contact with us", says the rector magnificus of the VU, Vinod Subramaniam. "There are many possibilities to help and support you in these difficult times."