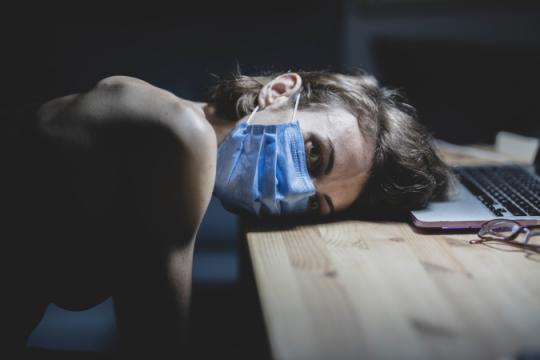 The higher education sector cannot look forward to any relaxation of anti-Covid measures for the time being. At a weekend meeting, government ministers have decided that universities and universities of applied sciences will remain in lockdown.

The national curfew will also remain in place, and bars and restaurants will not yet be allowed to open their pavement terraces. The reason is simple: the number of Covid infections has once again risen to a ‘very serious’ level and more patients are being admitted to hospital.

The universities are not at all happy about the decision. They believe students can safely return to campus for classes one day a week, a position restated in a radio interview this morning by Pieter Duisenberg, President of the Association of Universities in the Netherlands.

“I do understand the measure. At least it’s consistent”, Duisenberg said of the government’s decision. But he went on to emphasise the difficulties students are facing. “For their well-being, this is not good news at all.”

Students at vocational colleges are being allowed to return to the classroom one day a week. Duisenberg sees no reason why this shouldn’t apply to higher education too. Especially considering that there were no significant Covid outbreaks at universities during earlier stages of the pandemic. “From an educational perspective, my message to the government is please take that risk. After all, we have already proven we can manage these situations in a highly controlled way.”

Duisenberg revealed that a full range of plans is already in place to enable universities to open in the coming academic year. But he hopes that they will be given more leeway before the current academic year is over. “That would be better than leaving everything until after the summer.”

The decisions were announced informally after weekend consultations at the Catshuis, the Prime Minister’s official residence. They have yet to be discussed in a full cabinet meeting. Tomorrow evening, Prime Minister Mark Rutte and Health Minister Hugo de Jonge will announce the government’s position at a joint press conference. The government is unwilling to relax its current restrictions until most people over the age of 60 have been vaccinated. That is not expected until early May.

At their previous press conference, the ministers had hinted that there might be some easing of restrictions over the Easter weekend, but that no longer seems to be on the cards. Not even for higher education.

D66 in particular would like to see a relaxation of restrictions in higher education. Returning to campus one day a week would be an important step, the party’s Education Minister Ingrid Van Engelshoven told news agency ANP. But she stopped short of delivering certainty on the issue.