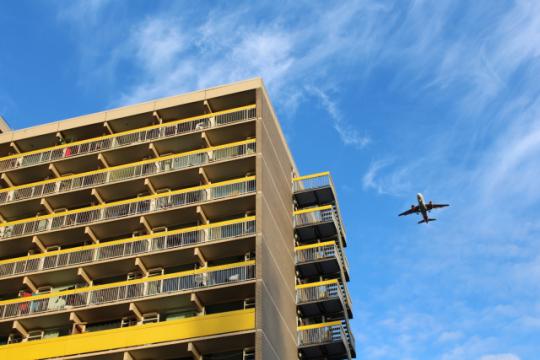 In the 20 largest student cities there is a shortage of 27,000 student homes. With the number of international students rising, that number could reach 45,000 by 2030. The government is launching an action plan.

Thousands of students are looking in vain for accommodation, according to the new National Student Housing Monitor issued by Kences, the umbrella organisation of student housing providers, and the Ministry of the Interior.

The demand for student housing is expected to grow nationwide to around 500,000. As a comparison, in April 2022 there were 409,000 students living away from home, including international students.

The government wants to do something about it and today is launching an action plan for 60,000 extra student homes in the next eight years. The means of achieving this include building new housing and encouraging homeowners to rent out rooms.

According to the Student Housing Monitor, currently 15 percent of students in higher education come from abroad, a figure that will rise to 19 percent in the academic year 2029. As a result, the 20 biggest student cities will have a shortage of 45,000 student homes.

The cities have a variety of plans for around 23,000 extra student homes, most of them new builds, but a large number of homes will disappear because of demolition and repurposing.

As an example, Amsterdam wants to build up to around 2,500 new student homes by the year 2030, but some of these will go to students in senior secondary vocational education and to people who have recently graduated. If you take the demolition and repurposing into account as well, the number of homes available for students in Amsterdam will fall by 700.

In Haarlem, Leiden, Maastricht, Nijmegen and Utrecht the pressure on the market for student homes will increase as well. But things are different in some cities: the lack of housing in student cities like Arnhem, Ede, Eindhoven, Den Bosch and Wageningen will decrease.

One of the problems is that more students are living in a studio and fewer in a room. At present, one in four live in a studio, as opposed to 14 percent in 2014. Studios are more lucrative for landlords and investors. Students get an average rental allowance of 333 euros per month for a studio, says Kences director Jolan de Bie. Landlords benefit from this too, as they can ask a higher rent.

Renting rooms from the student housing providers that are affiliated with Kences costs an average of 280 euros per month under the points system. “For that money we cannot build any new homes or make existing rooms more sustainable.” She wants the rules to be less strict and advocates a rent allowance for roomers.

It also appears that living in accommodation where you share the amenities with housemates can be beneficial to the wellbeing of students. For the first time, this has been studied in the context of the monitor. “Studying is a crucial stage of life, and living in shared accommodation contributes to the social and emotional development of students”, says De Bie.