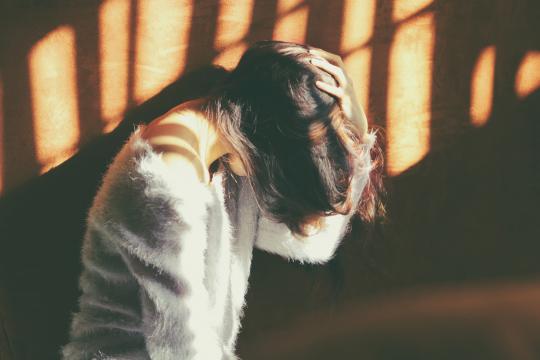 Around one in ten female students have been penetrated without consent at some point during their time at university, Amnesty International reports. One percent of male students report non-consensual penetration.

“I find it shocking that so many female students experience rape”, says Dagmar Oudshoorn, director of Amnesty Netherlands. The human rights organisation wants to start a discussion about rape in higher education.

Amnesty defines rape as all forms of bodily penetration without consent, through insertion of the penis, fingers or an object. Rape does not necessarily involve violence. This is also made explicit in an upcoming amendment to the Dutch criminal code.

About 80 percent of students agree with this definition, according to a survey among more than a thousand students (both male and female) conducted by research bureau I&O Research. But what does ‘without consent’ mean exactly? A quarter of the respondents say a non-consensual experience only qualifies as rape if it involves violence or intimidation.

The victims themselves don’t always use the word rape either: no fewer than 60 percent do not, and 18 percent only do so ‘sometimes, not always’. Some feel partially responsible for what happened to them, others don’t think of their experiences as serious incidents – or they report it happened within a relationship. Some believe they should have been more careful, because it happened while they were drunk.

It’s not always possible to say no or resist: some people ‘freeze up’ when someone tries to force themselves on them. For this reason alone, it’s important to check whether someone actually wants to have sex. Unfortunately, 22 percent of students say they have never heard of this freeze reflex.

Being raped is a traumatic event that can have severe consequences. Three quarters of rape survivors report problems as a result of their experience. These can be psychological or sexual, but they can also be relationship problems. Academic performance can be negatively affected as well.

Who to turn to?

Most students have no idea where they can get help at their institution (61 percent), such as from a confidential counsellor or student psychologist. Only five percent say they know exactly who to turn to. “A staggering 71 percent of women – who are far more likely to experience rape and sexual violence than men – don’t know where to get more information or help”, the report states.

The Dutch Student Union says the results of the survey are painful. “This is unacceptable and requires more attention and action from both educational institutions and the student community”, says union president Lyle Muns.

According to Muns’ organisation, educational institutions must make it clear to their students where they can turn for help – and they must do so during orientation, before the start of the academic year. A year ago, the union already made an appeal for better ways to report transgressive behaviour.

For the sake of accuracy, it should be noted that the number of female students who have experienced rape is actually higher than 11 percent, as some were raped before going to university. The total is 18 percent. Among men, the figure is 3 percent.

Amnesty will ask educational institutions to sign a manifesto in which they “promise to provide better protection for students who have experienced sexual violence”.