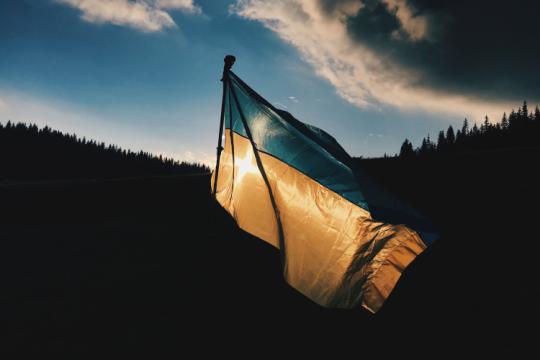 If Ukrainian researchers seek refuge here, we should offer them a generous welcome, says professor Marie-José van Tol, who will shortly become the new chair of The Young Academy.

In a month’s time, Van Tol will take over the helm at The Young Academy, a group of relatively young researchers affiliated with the Royal Netherlands Academy of Arts and Sciences. Our planned introductory interview has taken a new direction now that war has broken out in Ukraine.

Van Tol is a psychologist and cognitive neuroscientist at the University Medical Centre in Groningen. She is also involved in evaluating the Dutch Research Council’s Hestia programme for refugee researchers, which came into being in partnership with associations such as The Young Academy.

“What is happening in Ukraine is extremely serious”, she says. As far as she is concerned, it is all hands on deck. She feels it is important to start thinking about what the Netherlands can do for researchers who have to flee their country and for those who have to stay there. When they are living under suppression they cannot do their job properly, so in Van Tol’s view it is extra important to take care of them or support them.

“Offer them a long-term contract at the university, without forgetting access to a library and a place to work, or partner them with a researcher who can assist them, as is already happening.”

She is of course aware that such multi-year contracts are not easy to come by in the academic world. “But I think that for refugee researchers in particular it is important to have a secure base: they have to learn a new language, adapt to the system and deal with stress.”

The government must also make money available for that purpose, Van Tol believes. “It isn’t just a type of humanitarian aid but ultimately also an investment in democracy. The danger is that in Ukraine a whole generation of researchers is being obliterated, along with their knowledge and discoveries. You could also regard it as a measure to safeguard academic freedom.”