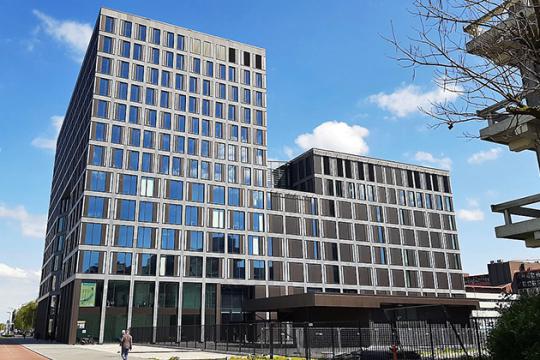 Faculty of Science gets rid of controversial tenure track

The Faculty of Science of VU Amsterdam will discontinue the highly discussed tenure track system. Instead, it will implement a career track policy that assumes a permanent contract after 18 months.

In the faculty’s former tenure track system – which was based on the VU-wide policy – talented researchers had to prove themselves in five years before getting a permanent position. This often meant meeting targets such as securing grants or publishing a certain number of publications. The new system, however, focuses on ‘the personal career path of the candidate with the support and guidance needed for this’, the faculty board writes in a memo.

The board’s decision is based on the recommendations of the Tenure Track Evaluation working group, which concluded that the biggest issue of tenure tracks is ‘the uncertainty and stress caused by the long-term temporary appointment’. The working group conducted surveys among tenure trackers, supervisors and department heads of the science faculty.

The board adopted the tenure track policy only four years ago, with the main goal to recruit and retain promising and internationally oriented scientists. Part of the policy was an evaluation after three years, which was postponed for a year due to Covid and the IT crisis at VU Amsterdam.

Scientists from the faculty seem happy with the new career track. For instance, VU physicist Andrea Baldi posted on Twitter how proud he is of his faculty. According to Baldi, the new career track is superior to the tenure track. “We put young academics through a lot of stress and hard work, without a permanent position. I’ve been through a tenure track myself and it felt like a five-year-long probation, I really didn’t like it.”

Baldi touches upon another reason why he’s happy with this step: diversity. “More people from under-represented backgrounds will be able to take the smaller, 15-month risk and consider a career in academia. For example, job insecurity is one of the main reasons why female STEM researchers leave academia.”

Proud of our Faculty of Science for abolishing the infamous tenure track system. We will transition from #evaluating performances to #supporting academics in their career development.#AcademicTwitter #AcademicChatter @VUamsterdam @VU_Science pic.twitter.com/ZDeBqwMLDH

One of the advantages of tenure tracks is that there is no need for complicated dismissal procedures when researchers do not meet the criteria. According to the working group, however, most people get tenured eventually. Therefore, they conclude that ‘this advantage does not outweigh the stress experienced by tenure trackers’. Baldi: “It shows that we’re already extremely effective at selecting excellent scientists. So there’s no need to put young, creative people in this crushing system.”

The new career track is a temporary contract for a maximum of 18 months, with a go-no-go at 15 months or earlier. This much shorter period should lead to less stress and better job security. What the track exactly will look like, the memo doesn’t say. According to Baldi, it’s a career path that the employer and the employee agree upon. “It gives researchers clarity of what kind of milestones they have to pass to get to the next step in their career. I also see the career track as something to motivate researchers, not by adding the fear of firing but by offering the tools for professional development.”