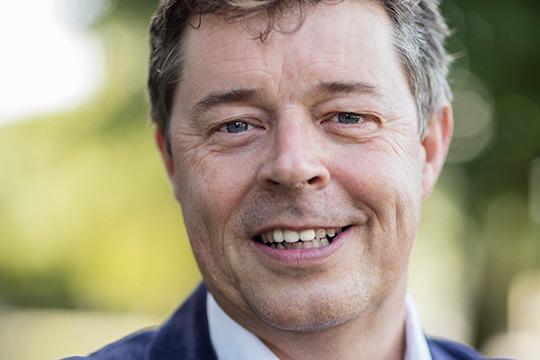 ‘Be tough on your teachers, but don’t cancel them’

A while back, you posted a tweet about academic freedom and ‘woke, politically correct behaviour’. What made you tweet about that?
“As the confidential adviser for scientific integrity at my faculty, I have conversations with colleagues who feel hurt by personal attacks from their students during lectures. These are students who do not accept a teacher because of their age, gender or sexual orientation. When I started here 14 years ago, there was a group of deeply conservative students who refused to be taught by a lesbian woman. Fortunately, their stance was widely condemned at the time. But now you see the same mechanism, targeted at white men.”

Professor Lietaert Peerbolte started the academic year by proposing an academic safe space. In a mini-lecture for first-year students during freshers’ week, he welcomed people of all gender identities. He then explained that academia should offer a safe space in which everyone feels free to express their opinions, without having to hold back.

But surely there’s a significant difference in terms of power dynamics between a lesbian woman and a 50-something white man...
“That’s true, and I think the woke movement has really hit a nerve with its critiques of power imbalances, which have also led to important discussions about returning cultural-historical treasures that were stolen from countries like Egypt and Iraq, but that are on display in European museums. What I don’t like is that people are getting cancelled, because that’s what happens when you don’t accept a teacher because he’s white, male and in his fifties.”

But that’s not about that one specific man – he just represents an academic curriculum that’s still based on a very Eurocentric, white and male worldview.
“And that’s where these students have a point. A good example is something that happened in one of my own courses. I was doing a series of lectures on the book The Historical Jesus, and I had asked my students to prepare by reading two articles. One of them came up to me and said, ‘Hang on, you’re teaching a book written by a white man in his fifties, and now we have to read two articles that were also written by white men in their fifties?’ I argued that both the book and the articles were written in the 1990s, and that the academic world has changed dramatically since then. But that remark did get me thinking. I’m currently writing a book about Jesus myself, and because of that student I’m also going to include a chapter about the fact that he was a man, and about the gender patterns during his lifetime.”

How about that, all thanks to wokeness! Sometimes you just need to ask tough questions.
“That particular experience certainly didn’t damage me, and students are allowed to be tough on their teachers. But they should be tough on our ideas, not on who we are. A teacher shouldn’t be told to shut up because he happens to be a white man. Academia should be a safe space where people can have spirited debates in a friendly setting. Both students and teachers should feel safe at VU Amsterdam. Academia should be an environment in which people can go off the rails from time to time. That’s why I propose a new academic covenant.”

20-10-2022
Diversity survey torpedoed by right wing website GeenStijl
13-10-2022
Help, a student/teacher that looks nothing like me!
30-06-2020
'More researchers with a migration background at the university’