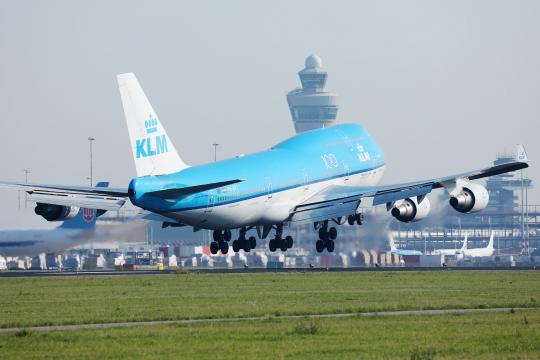 The Young Academy wants fewer scientists in the air

Universities need to do more to reduce their CO2 emissions from air travel, says The Young Academy. In a new report, they recommend learning from everything that has been achieved during the coronavirus crisis and investing in digital conferences and good webcams.

A conference in Boston, a research project in Perth – it was not so long ago that scientists were flying all around the world for their work. But all that was brought to an abrupt halt by the coronavirus.

And if The Young Academy has anything to say about it, academics will be spending more time on the ground in the future. In its research report High-flyers are flying less, published today, the association of young academics writes about the ecological footprint of academic air travel.

Because it turns out that the effect of all those flights on universities’ total CO2 emissions is significant. Estimates of the proportion attributable to air travel vary from between 12 percent (University of Groningen) to over 27 percent (Erasmus University Rotterdam).

© HOP. Source: The Young Academy. Numbers of other universities are unknown.

However, exact figures and comparisons of CO2 emissions are not possible because measurement methods vary greatly from university to university. According to the authors, the policies that universities are pursuing to reduce their emissions from flying remain “fragmented, feeble and ineffective”.

But this is not for lack of good intentions. Universities have set up green offices and publish all kinds of plans and policy documents on sustainability every year. And real progress is being made. For example, the CO2 emissions of Wageningen University fell by almost half between 2010 and 2018. This was mainly because they switched to green electricity. Utrecht University saw its CO2 emissions fall by 22 percent between 2014 and 2019.

So why can’t the same be done when it comes to air travel? The authors of the report put this question to policy and sustainability officers at nine universities. Half of them indicated that they had insufficient resources to take action. And also, they said, the measures that are already in place do not go far enough.

For example, CO2 emissions for flights are currently often financially ‘offset' by universities – by investing in other sustainable projects, for example. But this has no effect on the number of flights taken.

Some institutions have a mandatory ‘minimum distance’ for air travel. Conference in Paris? Then you can go by train. But those rules do not apply to the intercontinental flights that generate the most pollution.

Part of the job

Another factor is that for many academics, air travel is simply ‘part of the job’. And often, as one of the interviewees explains, it's not so much about the conferences themselves, but who you can talk to during intervals. For academics at the start of their careers, this has particular appeal.

For this reason, The Young Academy argues that in addition to clear policy and extra budget for green offices, a change in culture is required. Academics should no longer feel that flying is beneficial or even essential for their careers. Over the past nine months, online conferences, networking meetings and video discussions have become the norm, argue the authors of the report.

Universities should seize this opportunity, says The Young Academy, and invest in good alternatives such as online conference rooms and webcams in all offices. Other suggestions range from (inter) university travel agencies to special CO2 quotas for research projects “to force researchers to prioritise”.

The Young Academy will present the results of their study in a  webinar this afternoon.