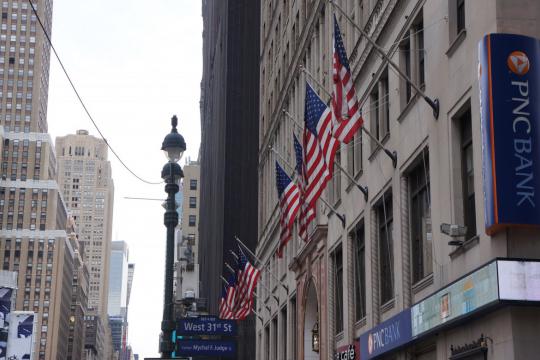 'We have to team up with the US to tackle populism'

In line with the Kuyper-year, the 140th anniversary of the VU, this online event discussed the issue of how a mature democracy deals with the political pressure of a populist. How resilient is our democracy? And what effect does this have in Europe?

On the eve of the American elections, where the democracy is tested, the online Brave New Politics event is held in the eye of the storm. At 7 p.m. the Dutch television is swamped with the press conference on corona, while viewers keep an eye on their phone for the first election-results that tickle in. And in the online world, the future of our democracy is discussed in a livestream by the all- female panel of Brave New Politics.

The presenter, Marcia Luyten, is seated in an impressive studio in front of an abstract world map. She welcomes guest speaker doctor Anne-Marie Slaughter, who tunes in, basking in the daylight in her USA home. Slaughter, who will receive an honorary doctorate at the VU Amsterdam tomorrow, describes the atmosphere she feels surrounding the elections. “I’ve never had an election day where I wondered if a part of the American people would accept the outcome.”

The discussion kicked off by a pre-recorded question about polarization from a fierce-looking Political Science student Auley Boermann. Slaughter’s answer sounds like a well-prepared lecture. Her conclusion: the USA is going through changes that will cause upheaval.

The livestream continues with pre-recorded questions from two VU professors. Political sociologist Naná de Graaff and professor of Law and Security Tanja Aalberts held their own mini-lectures, backed up by easy guitar music. Their HD recordings are alternated with images, graphs and Stock videos. Slaughter answers the questions at a rapid pace. She races though the political history of the USA, political concepts and the results of the current power relations.

Minister of Foreign Trade and Development Sigrid Kaag adds to the conversation from behind a wobbly laptop on her living room couch. She is there to represent the European view on the issue. Kaag explains that populism could arise because certain people in society were forgotten. This group of people felt disconnected from society. The women continue to discuss the consequences of the American elections. Kaag: “We in the Netherlands rely heavenly on American pro-active engagement. We need America to take an international role in order to tackle the bigger problems.”

'We in the Netherlands rely heavenly on American pro-active engagement'

Anne-Marie Slaughter has a pessimistic view on the issue. She expects that, whatever the outcome of the election, the USA will prioritise the domestic problems. International cooperation to tackle for example climate change will not happen any time soon, “America is broken”.

Slaughter believes that if the USA and Europe were aligned, there would be a great deal we can accomplish. But this joining of forces requires political compromise, and until now the United States have not shown any willingness to make those changes needed to reach alignment. Minister Kaag believes that Europe has an important role in tackling the big issues like inequality, populism and climate change. “I’m a firm believer in an effective and inclusive Europe. But the political role of Europe has never been fulfilled. We have to team up with the US to tackle all these big issues.”

16-06-2022
Universities are not allowed to limit the influx of international students
12-04-2022
Student council elections: not much disagreement here
22-04-2021
VU starts programme for partners of international employees
01-03-2021
'I left my country because I was not happy with how Spain was doing things'
19-01-2021
Two good reasons for English-language programmes, or no go