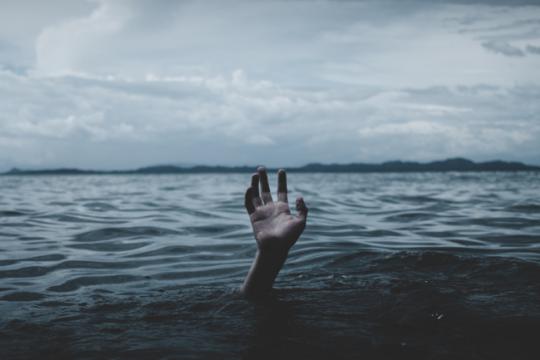 Value of diplomas not diminished by pandemic, says Education Minister

In a recent letter to parliament, Minister of Education Ingrid van Engelshoven writes that the coronavirus crisis has dealt a major blow to both the higher education and vocational education sectors. Despite the present concerns, however, the final attainment levels of the programmes remain indisputable.

Still, the pandemic is currently the most important issue in higher education, eclipsing all other discussions. Van Engelshoven outlines her take on the state of higher education in her letter and indicates what she feels needs to be done going forward.

Not everyone at VU Amsterdam agrees that the value of a diploma is not affected by corona. During online exams, there was "cheating galore" among students, said economics lecturer and works council member Sabine Go recently during a meeting of the employee representatives and the executive board.

The university student council also fears that applications will be rejected because study programs lowered their standards during the corona crisis.

Fraud and surveillance during online exams are briefly mentioned in almost every meeting. The executive board believes that problems hardly occur, but others say these are "hallelujah stories", which do not correspond to reality.

During their last meeting the board and the participation body also briefly discussed the issue of online surveillance ("proctoring"). A works council member suggested that some large study programs, with many students taking exams at the same time, act less alert in for instance the case of software problems, than other, smaller study programs. This could create legal inequality between students. (PB)

Nothing is easy these days. The Minister has seen the results of many surveys. From these, she understands that students are stressed out and that many are suffering from depression. Lecturers are working harder than ever but getting little professional satisfaction from the remote teaching experience. Many internships have been postponed and the quality of education is at stake.

Surprisingly, however, few students are experiencing study delays, according to the Minister. In fact, thanks to the suspension of the binding study recommendation, far fewer students have dropped out in their first year. Moreover, no one has any doubts about the final attainment levels of the programmes, as she states in her letter.

It is unclear why Van Engelshoven remains so firmly convinced of the indisputability of the final attainment levels. There could of course be financial consequences if she expressed a different notion; if she were to admit that study programmes are below par during the pandemic, she would find herself having to dig deeper into public coffers. This is something that she does not intend to do. Her letter is largely devoted to providing a defence of her actions so far during the coronavirus crisis.

She distinguishes between the formal final attainment level (“the basis of the assessment”) and aspects of education that are not easily measured, such as “interaction and adopting a critical attitude”. She does acknowledge that many lecturers are concerned about the latter.

But as long as the final attainment level is in order, the Minister feels no need to worry. Moreover, she sees the glass as half full, mentioning a whole range of benefits of online education. Universities of applied science, for example, are noting that students “learn to work more independently” and that their digital skills “continue to develop at a rapid pace”.

The pandemic has also had a silver lining at research universities, where new forms of education are emerging, such as serious gaming. Moreover, online lectures have lowered the threshold for many students: raising your hand to ask a question in a full lecture hall is daunting for many, but the chat function has proved to be a great equaliser.

Nevertheless, Van Engelshoven understands the concerns. The education system could approach a breaking point in the near future, she warns. She calls the workload lecturers are facing a “vulnerability”. There are also students who need additional attention and guidance. In some cases, study programmes simply need to “do damage control”.

And what about internships? They can indeed become a problem, because many internships have been postponed. If another postponement is on the cards, students will likely encounter serious delays. “The problem is more extensive at universities of applied science than at research universities, but the latter are not always immune. Take certain medical programmes, for example”, the Minister writes.

In this regard, she seems to be anticipating some form of financial compensation for students, while avoiding any explicit mention of it. In any case, it will be a while before that bridge needs to be crossed. By then, the Dutch general election will be over and a new cabinet may be in place.

The national student organisations ISO and LSVb are particularly concerned about student welfare. “Things seem to be going okay grades-wise. The real problem is with the students themselves”, ISO chair Dahran Çoban sums up.

LSVb chair Lyle Muns also emphasises the “widely felt concerns about the quality of education”. The organisation feels that institutions should rent cinemas, theatres or other venues more often for face-to-face education.

09-02-2022
‘It’s heartbreaking how the university handles the challenges of international staff from a minority background’
21-12-2021
Strict lockdown for higher education, again
17-12-2021
Students exposed to cybercriminals during online exams
02-12-2021
VU students petition for their exams to be taken online
07-07-2021
Students reclaim the campus during week of workshops
04-05-2021
Internationals still want to study here, but not in online classes
03-05-2021
'Right now, all I ask for is the campus to be open'
23-04-2021
International students increasingly unhappy in the Netherlands