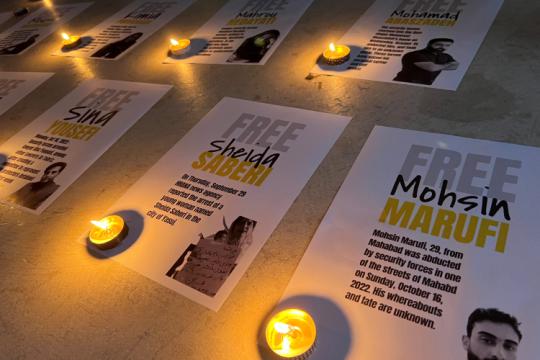 There are currently hundreds of Iranian nationals studying or working at Dutch higher education institutions. Those who are planning to move back to their homeland have no intention of postponing their return in light of the current situation, says Minister of Education Robbert Dijkgraaf.

As protests in Iran rage on, the regime continues its attempts to quell them using brute force. Hundreds of protesters, including students, have been killed since the summer. The use of violence by the Iranian government has been condemned around the world. In the Netherlands, GroenLinks asked Minister Dijkgraaf how many Iranian students and academic staff there are in Dutch higher education, and whether they needed support.

No signs of delayed returns

In October 2021, there were 424 Iranian students enrolled at universities of applied sciences and 475 at research universities. Students with dual citizenship are not included in these figures. How many Iranian academic staff there are is unknown because privacy laws make it impossible to filter personnel data by nationality. Some of them are in the Netherlands as part of the Erasmus+ exchange programme.

Despite the ongoing protests and dangers faced by academics in Iran, there are currently no signs that Iranians are delaying their return, according to Dijkgraaf.

GroenLinks also wanted to know where Iranian nationals can turn for support. Minister Dijkgraaf replied that they can use the regular support resources available in higher education, such as student advisers and psychologists and buddy programmes. In addition, many higher education institutions are also organising welfare and information sessions on the situation in Iran.

The protests in Iran started last summer when police ramped up its enforcement of a law that makes it compulsory for women to wear headscarves. The unrest spread to all parts of the country when the young Mahsa Amini died at a police station after being arrested for wearing her headscarf too loosely. Many Iranian students are participating in the protests.