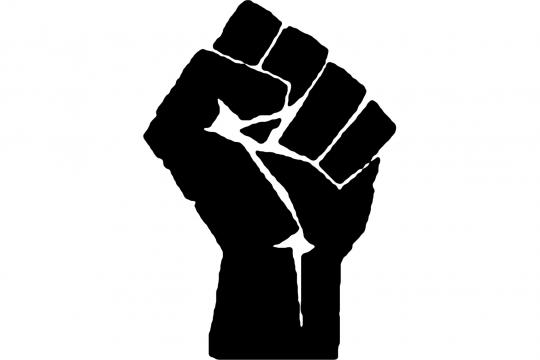 Dutch universities estimate that between 20 and 40 percent of their classes are currently taught on campus. In response, students have started petitions demanding discounted tuition fees.

Students are subscribed to the most expensive streaming service in the Netherlands, says one dissatisfied Amsterdam UAS student. Convinced that the education he’s receiving isn’t worth a €2,143 tuition fee, he has started a petition.

Although teachers are working hard to keep their degree programmes going, it’s true that most classes are still taught remotely. Universities – and universities of applied sciences – report that they are currently operating at 20 to 30 percent on-campus capacity – a significant drop-off, unfortunately. To allow first-year students to get to know each other and their teachers, they are given priority when it comes to assigning classroom space.

Radboud University Nijmegen estimates that 15 to 20 percent of its curriculum is currently taught face to face. In Maastricht, it’s 25 percent, while the University of Amsterdam reports that 20 to 30 percent of its classes are taking place in person.

Although the technical universities of Eindhoven and Twente both indicate that they’re at 40 percent of normal capacity, don’t expect to see full lecture halls there either. “Our lectures are all online,” reports Eindhoven. “But both our Bachelor’s and Master’s students have at least one class which is partly taught on campus, and for most of our first-years it’s more than one.” Students who are about to graduate are not included in this.

The percentages also vary at universities of applied sciences, depending on the scale and type of the education provided. Avans UAS estimates that their buildings should be able to accommodate a quarter of their students, while The Hague and Rotterdam each arrive at a maximum capacity of 40 percent. Driestar Educatief – a relatively small university of applied sciences – is able to offer half of its curriculum face to face by cutting class sizes by 50 percent.

Some universities are coming up with creative solutions to allow students to get together in person, like Utrecht UAS, which invited two hundred students to come to the FC Utrecht football stadium one morning. The vast arena offered plenty of room for students to sit three seats apart from each other, as their teacher’s voice echoed from the stadium’s speakers.

Other classes were moved to large venues like theatres and conference halls – buildings which are empty now anyway. Hotels which are struggling to find guests are also interested in partnering with higher education. Still, the situation is far from ideal, and not every university is able to come up with out-of-the-box solutions.

In Flanders, they are taking a different approach. Our neighbours to the south have resorted to scheduling classes at the weekend and in the evenings, so that students can still go to their seminars. The times are not always convenient, but it’s better than nothing. Here in the Netherlands, the same idea was quickly shot down.

There are still petitions online demanding tuition fee discounts, one of which has been signed 52,000 times. “Classes are getting cancelled and teachers are not always available, which means that students will end up with a less thorough understanding of what they’re being taught. It’s harder to ask more specific, in-depth questions,” the petition claims. Moreover, students have limited access to their universities’ facilities. To compensate for this, they want a partial refund on last year’s tuition, or a substantial adjustment of this year’s tuition fees.

The Amsterdam UAS student mentioned above has collected over 8,000 signatures with his petition, which makes roughly the same argument. “For this kind of money, we should be able to expect more and better commitment from our universities,” he writes.

The national student organisations ISO and LSVb also feel that universities are not providing enough face-to-face education. “How is it possible that one university is operating at 40 percent capacity while others are at 20 percent?,” LSVb chairman Lyle Muns wonders. “There may be differences between buildings and facilities, of course, but one percentage is double the other. That’s very conspicuous.”

Both organisations believe that universities could be doing more to arrange classes at external locations. After all, that’s what they agreed to this summer during a conversation with Prime Minister Rutte at his official residence, the Catshuis. “The most important thing is that the quality of education remains up to standard,” says ISO president Dahran Çoban. “That’s why we prefer in-person education.”

The ISO believes that there should ultimately be some form of compensation for students. “But any compensation we end up receiving should not come out of the universities’ pockets,” says Çoban. “It has to come from the government.”

“The LSVb has always been against tuition fees,” Muns adds. “But if tuition fees are lowered solely because of this pandemic, that would imply that we accept a drop in the quality of our education. And that’s not what we want.”

09-02-2022
‘It’s heartbreaking how the university handles the challenges of international staff from a minority background’
21-12-2021
Strict lockdown for higher education, again
17-12-2021
Students exposed to cybercriminals during online exams
07-07-2021
Students reclaim the campus during week of workshops
04-05-2021
Internationals still want to study here, but not in online classes
23-04-2021
International students increasingly unhappy in the Netherlands
23-03-2021
Universities remain in lockdown
16-03-2021
Tuition fee for new first-years only 542 euro