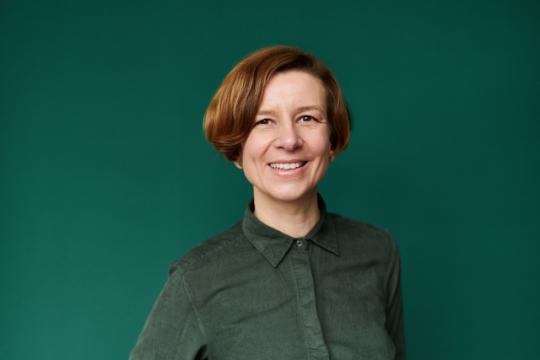 ‘Scientists need to take better care of their brain’

Research, lectures, management… Scientists need to be at home in all areas. Allocate the work more effectively, so that they can concentrate on what they are really good at, says Marie-José van Tol, the new chair of The Young Academy.

Van Tol took over this week at the helm of The Young Academy, a group of relatively young researchers affiliated with the Royal Netherlands Academy of Arts and Sciences. She is a cognitive neuroscientist by training and would like to see a lot of changes in the academic world in the Netherlands. “We need to change the focus”, she says. “Science is more than merely sensational publications in prestigious journals.”

The Young Academy has long been involved in the debate about the move towards ‘recognition and rewards’ in science. Are you going to continue that?
“Yes. Breakthroughs in science are important of course, but that is not the sole object of your career. We also want to educate the next generation, set up research infrastructures and improve the academic world, by making a contribution to open science, for instance. Suppose that you create software that can be used everywhere. This is very important and time-consuming work that allows other people to make a breakthrough. We’re all in it together.”

Marcel Levi, chair of the Dutch Research Council, recently compared science with top sport. Is that really the case?
“The comparison is valid in relation to dedication, endurance and team sports. This applies in science too. But top sport is about beating your opponent; that is not the case with science. We need to focus on exceptional discoveries not on exceptional individuals. Nowadays we expect a scientist to be a sort of all-round skating champion, someone who comes over well in the media, teaches and publishes terrific research.”

Who gets left out if you set such standards?
“It is certainly not to the benefit of, let’s say, a good scientist with a social anxiety disorder who cannot be promoted because he has not yet delivered a keynote lecture to an audience of a thousand people. It would be a sin to throw away talent like that.”

Does so much scientific talent go to waste?
“You can see that from the student population, which is more diverse than the scientific world, whereas a diversity of perspectives is actually essential for innovation. For example, there ought to be more room for women and for people with a migration background.”

Why do students from those groups not end up in science?
“If, like me, you don’t come from an academic family, you are simply less likely to choose a career in research. It helps if you suggest to students that they could actually become researchers. That needs to start in the classroom.”

What made you want to go into research?
“I became genuinely intrigued by science during my graduation research. Curiosity is deeply rooted in my family and that’s suited to a scientific environment. After working as a psychologist in a nursing home, I applied for a doctoral research post. But even then I didn’t really know what it meant in the academic world and what the opportunities would be afterwards. I did it purely out of interest. And as a researcher of motivation I now know that this works to your advantage, because when you do something that you consider important and interesting, you perform better as well.”

What psychological insights can you use as the chair of The Young Academy?
“We need to take better care of our most important organ, the brain; I want to draw attention to that. So much potential is lost when people sit at home suffering from depression or burnout caused by excessive workload or job insecurity. And that happens very often in higher education. It is essential for our mental wellbeing that we are able to focus on things we consider important and not on the hypercompetition that currently exists in the scientific community. Ultimately, that is to the benefit of academic quality and creativity.”