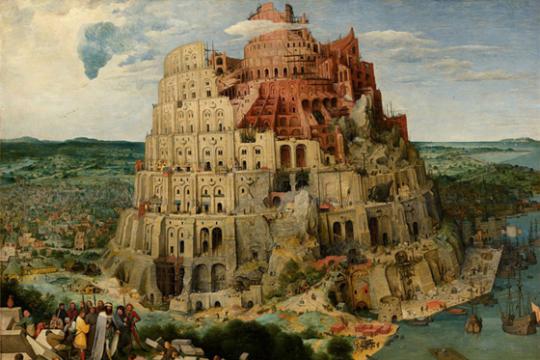 Participation council and executive board clash over language barrier

"If the VU wants to be an international campus, it should offer the necessary provisions for an inclusive environment", Norah Karrouche of the works council said earlier this afternoon, in a joint meeting of the participation council and the executive board. "Or else we should reconsider our priorities and ask ourselves how important we still think internationalisation is. An international campus doesn't just come about by itself."

A heated discussion and a lot of confusion followed when Rector Magnificus Vinod Subramaniam stated that the participation council was supposed to have come up with a plan to accomodate its international members (currently three), and a member of the student council riposted that Subramaniam had promised to provide for professional interpreters and a pilot plan earlier this year.

"I don't think it's up to us to take the initiative here", Karrouche said. She thinks it's the executive board's task to take some concrete measures to be evaluated yearly, for instance when the student council is replaced by a new council, and probably will have a different number of international members. Professional interpreters are costly (about a thousand euros per interpreter, per meeting) but as the council changes, its needs change too. Besides, not all the student councils of the separate faculties have international members.

The chairwoman of the executive board, Mirjam van Praag, became slightly irritated when one international council member, Ayesha Noorain, remarked that as an international student she paid a higher tuition fee than other students, suggesting she therefore had a right to a professional interpreter and translated documents to be able to better prepare for participation meetings. "I don't like that argument at all", Van Praag said.

Earlier she had pointed out that a set of measures to provide international students with translations and interpreters would go against the VU's official policy, demanding of international students and employees to at least passively understand Dutch. "We would have to review that policy too", Van Praag stated.

Surpisingly she and Subramaniam were supported by another international student, Selin Çakmak, who declared she managed fine with the student interpreters who are currently employed to live translate during meetings and with Google Translate for translating documents. "We really don't need a professional translator", Çakmak said. "What we do need, is to end this process that has been going on for a year and a half now, during which we have discussed how to do it rather than just do it. This is a conversation that keeps dragging on. Let's focus on a solution."

Çakmak was immediately asked by Van Praag to function as a consultant in the matter for the executive board.

Both the council and the board agreed in the end to try both professional interpreters and student translators, and evaluate later how this works out.

I agree. I have put myself a lot of effort in learning Dutch. I do not dare to write in Dutch because I am far from a very good level, but I speak it and read it. It was for me quite an effort to be finally able to take part in the work council of my faculty: it took me about 3 years.. For this reason, I fully understand that it is unlikely that students who come here for 2-3 years will ever make it. As you say, a bilingual university is our final goal, a university in which everyone can participate to everything without feeling excluded for one reason or another. The democratic process (which is already very limited by itself) should be fully accessible in both languages.

I think this is a very important conversation to have.
I am an international faculty member, and since 2019, I sit in the ODC within the Joint Assembly of the FSW. Thanks to efforts from our Dean and her team, we are now holding our meetings in English, and were able to welcome our first international student council members since this September. It took a lot of adjustment for everyone, I think, but after a year now most documents are circulated bilingually. As the first non-Dutch member of the GA, it took a certain effort for me to keep up with all the documents in Dutch (sometimes piles of pages long) HOWEVER I was given time for this. Students participate in the Council voluntarily, without any reimbursement, and (at least in the FSW) members work super hard to ensure continuity because our students are...working, dealing with debt and expensive housing, commuting and not always capable of contributing extra time into community work. I can imagine international students have additional pressures on top of everything. Thus - I don't know if there is money for a translator - we scramble to find money for anything. But we can make an effort, which might mean running a doc through an automatic translator and making adjustments (time required: 15 mins), sending a summary in English, things we would do for our literal BEST students who spend time to help us solving our issues.

This was expected to happen. Since last year, there are non-Dutch speakers in the Student Council and thus also in the Gezamenlijke Vergadering. These organs (Student Council, Works Council) are formal institutions of the VU. So, the University Board has the responsibility to make this work and to provide access to these institutions to all VU employees and students. Well, they haven't taken a single step towards this direction. It's about time they do!