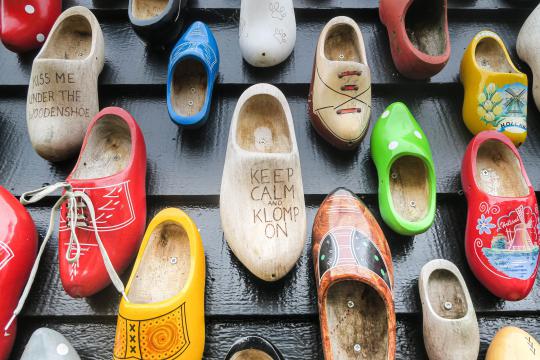 Universities in the Netherlands should immediately start teaching in Dutch again, in the view of action group Beter Onderwijs Nederland (BON). The association has launched a new offensive with nineteen open letters to the minister, administrators and regulators.

“Yes, this is the start of a new campaign”, VU philosopher Ad Verbrugge, chair of Beter Onderwijs Nederland, confirms. For many years, his association has fought tooth and nail against the anglicisation of higher education.

According to BON, English-language teaching has many drawbacks, for graduates in the Dutch labour market for example. Moreover, Dutch topics are not addressed adequately in English-language study programmes, “which leads to deterioration of education and to further distancing universities from the rest of society”, a statement reads.

The action group refers to the law, which states that higher education is supposed to foster the Dutch-language ‘communication skills’ of Dutch students. Another article states that teaching and exams – with certain exceptions – must take place in Dutch.

Stick to the law

However, the universities have used the exceptions to offer an increasing amount of English-language teaching and to recruit international students. BON is watching this with dismay.

In 2019, the Inspectorate of Education established that study programmes were not always sticking to the law. Not all of them were able to explain why their teaching had to be in English, but no action was taken on that.

“The process is simply carrying on”, says Verbrugge scornfully. “We pointed out the downsides of this many years ago. Apparently this plays little part as far as administrators and politicians are concerned, even though it is becoming increasingly clear that our predictions were right. The situation at certain institutions is untenable. Even the likes of Geert ten Dam, president of the University of Amsterdam, are calling for measures to be taken.”

In his view the solution is simple: “We have to comply with the current law. To start with, let’s make sure that every Bachelor’s programme offers at least 60 percent of the subjects in Dutch. It’s ridiculous that everyone now says that the situation has become untenable and that the government should legislate about it. The law is already in place.”

The previous minister, Ingrid van Engelshoven, piloted a bill through the House of Representatives to strengthen the position of the Dutch language and control the influx of foreign students. But that proposal stalled in the Senate after the fall of the last government. Education Minister Robbert Dijkgraaf has since withdrawn it and is working on a proposal of his own, but BON feels things are not moving fast enough.

BON has kept quiet for a while. “We saw the Inspectorate’s report and hoped that measures would follow,” says Verbrugge. “This hasn’t happened. In the meantime, we have had the coronavirus crisis and new elections have been held. Our hope was pinned on Minister Dijkgraaf, but he hasn’t come up with anything. That’s why we want to focus attention on the issue once again and show that the current situation is totally unacceptable.”

Verbrugge says that politicians and administrators are unwilling to read the legislation and are not taking the background to the sections of the law relating to the language of instruction seriously. “In legal terms, anglicisation of teaching is extremely questionable, not to say unlawful.”