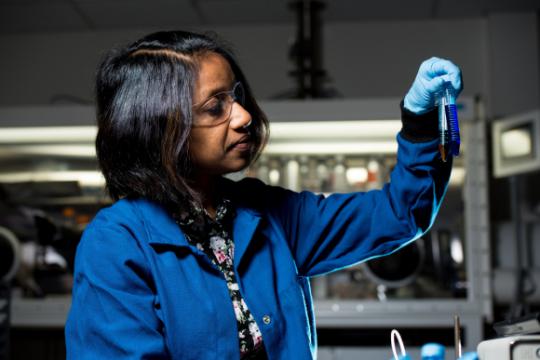 KNAW: give every researcher a rolling grant

The battle for research funding is out of control, states a committee at the KNAW science association. They believe the solution to relieving some of the pressure is a rolling grants fund, which researchers can access without having to compete with each other.

Every year, the Dutch Research Council awards hundreds of millions of euros in research funding. But in order to be eligible, researchers end up spending a lot of precious time writing grant applications. More often than not this also turns out to be a waste of effort, as the chances of success are slim.

A KNAW committee under the supervision of Spinoza Prize winner Professor Bert Weckhuysen believes a change is in order. Because the Dutch world of science has become fragmented as a result of the endless number of hoops that researchers need to jump through to get from project grant to project grant. “There is a lack of continuity”, the committee members write in a new advisory report.

They propose giving all university lecturers, associate professors and professors with a permanent appointment at a university or a university medical centre (UMC) their own working capital. This way they won’t have to keep knocking on the Dutch Research Council’s door.

The idea is to set up a rolling grant fund. Weckhuysen already proposed this idea in an interview with HOP earlier this year. The fund will finance grants that are suitable for various stages in a research career.

The idea includes setting up starter modules for university lecturers (250,000 euros), associate professors (375,000 euros) and professors (500,000 euros) in the first phase of their careers. Experienced professors who obtained their PhD more than fifteen years ago (and are no longer eligible for a Dutch Research Council Vici grant) may apply for funding from the follow-up modules (250,000 euros).

The money is divided as follows: the Minister provides an “earmarked budget” to universities and UMCs. These institutions will then have the freedom to determine who gets which grant and when. The committee writes that “the new system uses the existing promotion procedures and assessment systems in place at universities and UMCs”. This also prevents additional paperwork.

Researchers who are the recipient of a rolling grant have the freedom to decide how to use it, as long as it fits in with their line of research. Examples include hiring a PhD student or a technical specialist, or purchasing a specific piece of equipment. The fund is intended for scientists with a permanent appointment of at least 80 percent who combine research and teaching activities.

What this is all going to cost? The committee members estimate that the final price tag will be a little over half a billion euros. This means that new budgets need to be made available, they emphasise in their report: “By shifting existing funds, the introduction of the fund will create or exacerbate problems elsewhere in the research system.” The new fund is by no means intended to be a replacement of the Dutch Research Council’s grants.