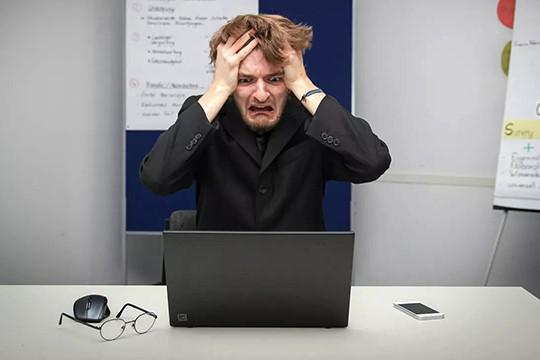 IT crisis at VU Amsterdam set to last well into 2022

Almost a hundred separate IT problems have been identified and once they are resolved, staff and students can expect a lengthy operation to improve the usability of the new digital system. In other words, VU Amsterdam’s IT crisis is far from over.

The university’s current IT woes look set to last well into 2022. This was made clear by Jan-Willem Vermeulen, crisis team manager, at yesterday’s joint meeting of the Staff Council and the Executive Board.

The team identified a total of 98 technical problems, Vermeulen said, 60 of which he believes have now been tackled. He expects the rest to be resolved by the end of December. “But after that, there are still a substantial number of issues that will need to be addressed,” Vermeulen cautioned.

Those issues have to do with the usability of the best-of-breed systems that VU Amsterdam rolled out last summer, Vermeulen explained. To cut a long story short, in addition to the Mars system, the university also launched the Digital@VU environment, which according to Vermeulen deserves the label “best of breed”: the best that money can buy. Many of the current problems have arisen because – in Vermeulen’s words – “the coherence between these systems is in need of improvement” – adding that this could take anything between six and nine months to achieve.

“That came as a shock,” said Staff Council chair Henk Olijhoek in a post-meeting discussion. “Things are worse than I thought. Soon the crisis will be resolved, but we will still be stuck with the consequences.”

The technocratic approach to the IT problems has rubbed some members of the Staff Council the wrong way. “I’ve missed the human touch in all this,” said Staff Council member Daan van Leeuwen, himself an IT employee. Eric-Jan Hartstra summed it up as “a disgrace”. Executive Board member Marcel Nollen’s comment that the choice of the new systems was prompted by the desire for more ‘self-service’ and that this is bound to generate a bit more work did not go down well with the Staff Council in an organisation where managers often grumble that they have to “click around 38 times” just to enter something in the system.

Nollen appeared to be on the defensive again in response to a new letter from the Staff Council to the Executive Board, which included a call for an independent investigation to ‘get to the bottom of how this could have happened’. Nollen said the current problems were the result of choices made “two and a half, or three years ago.” He bears ultimate responsibility for the IT project as portfolio holder for Operations and Finances, having succeeded Marjolein Jansen to take up the position in October 2019.

But the crucial decisions about Mars were taken after Jansen’s departure by a steering committee that consisted of the Executive Board and departments including HRM, Finance and the Corporate Real Estate and Facilities.

In the meantime, many employees have been left high and dry. Some of them have had duties taken out of their hands by the suppliers of the new software, resulting in a situation where staff and students are still without a VUnet ID – the gateway to a VU email address and access to the university’s digital environment.

Meanwhile, the crisis has also made a dent in relations with the Academic Centre for Dentistry Amsterdam (ACTA) – a joint faculty with the University of Amsterdam. Staff there say that during a Zoom session to discuss the problems, the Executive Board showed an “astounding lack of understanding”.

17-06-2021
Protect your students and employees against Big Tech, scientists warn
11-06-2021
Working from home: blessing for one, curse for the other
08-01-2021
International student with technology or IT aspirations? Welcome to the Netherlands!