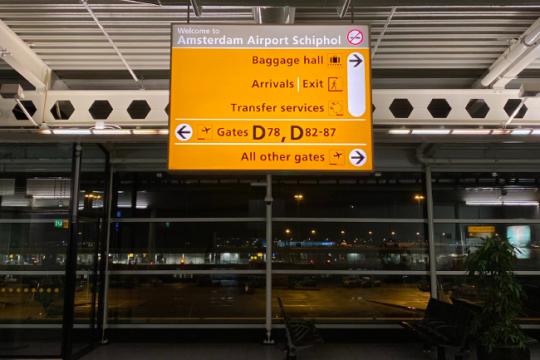 According to administrators from eight higher education institutions, we must continue to recruit international students in the fight against labour market shortages. They say the House of Representatives should not stand in the way of this.

“In the coming decades, hundreds of thousands of new highly skilled professionals will be needed in the Netherlands, and labour market shortages will only increase without adequate measures”, the administrators write in an opinion piece published in national newspaper NRC. Moreover, they argue, students from abroad play an important role in ensuring the international orientation of degree programmes.

The piece was written by administrators from four research universities (Tilburg, Maastricht, Twente and Groningen) and four universities of applied sciences (Saxion, BUas, Amsterdam University of the Arts and HAS).

The piece is a response to the House of Representatives passing a motion stating that higher education institutions should halt “active” recruitment until Minister of Education Robbert Dijkgraaf introduces new measures to manage the intake of international students.

There are major concerns in the House of Representatives about the growing number of international students in Dutch higher education. At universities, forty percent of first-year Bachelor’s and Master’s students are internationals. This leads to problems in the housing market and in some cases makes it more difficult for Dutch students to gain admission to programmes with limited enrolment.

Minister Dijkgraaf plans to present his strategy on how to handle the intake of international students early next year. Many parties in the House of Representatives, however, feel that things are moving too slowly. They find it strange that institutions continue their recruitment efforts despite the current problems.

In an ‘administrative agreement’ signed earlier this year, the universities promised the minister to exercise “considerable restraint” with regard to international recruitment, “unless located in depopulating regions and/or recruiting for degree programmes that are crucial for sectors facing personnel shortages”.

There is no such agreement for universities of applied sciences, which expect to attract fewer students in the future. International students could help maintain the availability of higher education in non-central regions, the idea seems to be.

The eight administrators feel that the House of Representatives should not block current policy. “With one show of hands, the House is putting these institutions in big trouble”, the piece reads. “Not recruiting will lead to a sharp decline in enrolments. And fewer enrolments, in turn, will lead to an enormous drop in funding – high double-digit percentages are not impossible.”

The authors of the piece also point out the economic benefits of welcoming international students. While these do indeed exist, the facts presented by the eight administrators are not entirely correct.

They seem to think that foreign students in the Netherlands already make significant contributions to the economy during their studies. They base this on a study by the Netherlands Bureau for Economic Policy Analysis (CPB), citing amounts ranging from 5,000 to 17,000 euros for European students and a minimum of 69,000 euros for students from outside Europe.

But according to CPB, these benefits mainly come after graduation, thanks to students who stay in the Netherlands for work. The average amount is 5,000 euros per European student at a university of applied sciences and 17,000 euros per European student at a research university. For students from outside Europe, the amounts are 69,000 and 96,000 euros, respectively. The figures for the latter group are higher because the government does not financially contribute to their studies.

Meanwhile, Germany is planning to recruit 400,000 highly skilled migrants a year to combat labour shortages. Referring to these plans, the administrators write that international students are “part of the solution and not the problem”.