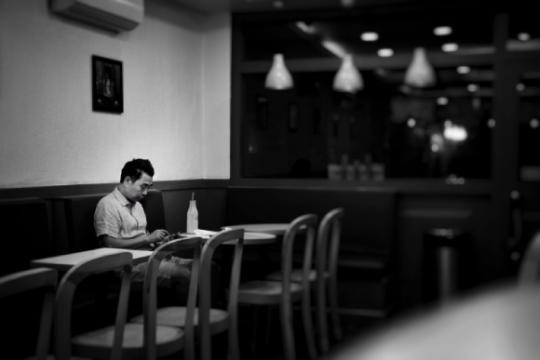 International students in the Netherlands had already been faced with struggles and the coronavirus situation has not changed things for the better, according to a new survey. They more often feel lonely and stressed, have more money problems and struggle with online education.

It is the fourth year in a row that the Dutch National Student Association (ISO), the Dutch Student Union (LSVb) and the Erasmus Student Network The Netherlands organised a survey to find out how international students are faring in the Netherlands. Not too well, as the results of the survey reveal.

Student wellbeing at VU
International students at VU Amsterdam are also unhappy, a recent survey showed. They are worried about their health and feel isolated. VU Amsterdam has expanded a number of facilities, including more student psychologists, and recently a plan for a student wellbeing point of the university student council has been approved studentenraad goedgekeurd.(AV/PB)

The survey replies shocked Dahran Çoban, chairperson of the Dutch National Student Association (ISO). “Many international students are in need of help and this help is insufficiently provided by their degree programmes. We need to change that before the start of the summer.”

According to the respondents, the coronavirus crisis is also throwing a spanner in the works in other areas, such as in finding employment. One third of them even experience (major) financial hardship since September 2020. Additionally, twenty percent of them is dissatisfied to very dissatisfied about online education.

However, the coronavirus crisis is not the root of all problems. Finding (affordable) student accommodation in the overheated Dutch housing market is also giving many respondents a headache.

“We are attracting international students to the Netherlands in large numbers, but this also means that we must provide them with an affordable roof over their heads and combat discrimination”, said Lyle Muns, chairperson of the Dutch Student Union (LSVb). “Rack-renters all too often take advantage of the vulnerable positions of international students.”

Things are not always running smoothly socially either. Over three-quarters of the respondents would like to interact more with Dutch students. The language barrier is often an issue, they believe. Also during class they feel excluded when it appears that their class mates prefer to speak Dutch. However, language lessons are often too expensive. One third of the respondents are dissatisfied to very dissatisfied with the possibilities of learning Dutch for free or at a fair price.

Unfortunately, these problems are anything but new: research conducted by the Dutch Student Union in 2013 already showed that language is an issue. Also, the number of internationals who have difficulty connecting with their Dutch classmates was just as high two years ago.

High time for change, according to the three student organisations. They argue that the international student is now the Cinderella of higher education. They call on institutes to invest in better mental healthcare and affordable Dutch language courses.

What’s more, they also believe that better information about the Dutch housing market must be made available, in English, and that there needs to be one nationwide English-language website about work, study financing, banking matters and the health insurance obligation. Finally, the three organisations would prefer the Ministry of Education to conduct this research on internationals itself from now on.