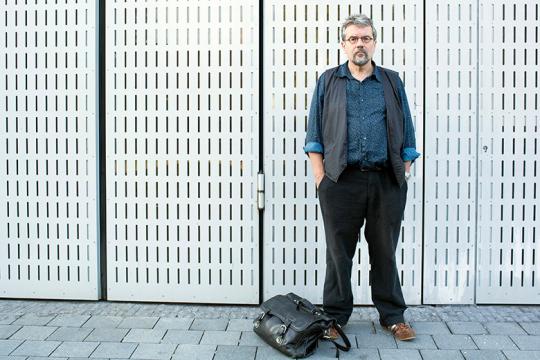 ‘I would like to tell Van Praag: speak for yourself’

The call to academically boycott Israel has now been signed by 573 scientists (33 of whom are VU Amsterdam employees) and 1195 students (146 of whom are VU students) but is not supported by Dutch universities, tweeted Pieter Duisenberg, President of the VSNU university umbrella organization. Universities are safe havens for open debate and research, and there is no room for boycotts, explained Duisenberg. VU Chair of the Board, Mirjam van Praag, completely agrees.

Professor of Islam in European Societies, Thijl Sunier, who signed the petition, finds the arguments put forward by Van Duisenberg and Praag rather curious. “On behalf of whom are they speaking? Who are the ‘we’ Van Praag is referring to? Does she mean the Executive Board? Surely she doesn’t mean the entire university, because quite a lot of scientists and students are in favour of a boycott.”

The petition serves as a call for the university as an academic institution to boycott Israel. Doesn’t it make sense for Duisenberg and Van Praag to reply as representatives of their respective institutions?

“But they are not representing these institutions by expressly stating that they do not support the call. As president of a collaborative effort of institutions providing Islamic studies, the Netherlands Interuniversity School for Islamic Studies, I also received a request to sign the petition. But the Board has decided not to join the boycott as an institution, and leave the decision up to individual scientists instead. We believe the decision is not up to the institution but for everyone to make for themselves. In that light, I would like to tell Van Praag: speak for yourself.”

‘Things can’t get much worse for Palestinians’

Striking, however, is that Duisenberg included a link to an article published in weekly magazine Elsevier containing hard judgements about the signatories.

“I strongly object against that, because the writer of the quoted article, Bart Collard, is part of a right-wing conservative group including Afshin Ellian and Andreas Kinneging and their ilk, writes for the website The Post Online and has connections to the Forum for Democracy political party.”

“It is audacious to claim that there is no inequality in the fight between Israel and the Palestinians, as Collard does. If Israel has the right to defend itself, why doesn’t the same apply to the Palestinians? It is not just about the war that is currently raging, but also about everything that preceded the current issue. Israel continues to colonize Palestinian territory and Palestinians are still being evicted from their homes.”

Collard calls the signatories hypocrites, because they are not protesting against various Islamic regimes and their many victims. I always think that’s a childish ‘but you’ response. But if there is cause to do so, then I will also sign a petition against that. What’s more, the current petition is not a way of supporting Hamas but rather to show solidarity with the fate of the Palestinians.”

An academic boycott would have serious consequences for Israeli researchers who might also be very critical of their government’s actions. Examples include people with a temporary appointment that would become unemployed, those working on research projects that would have to be put on hold, etc.

“After the failed coup in Turkey in 2016, when Erdogan had thousands of people tossed in jail, a boycott of Turkish universities was considered. We had a discussion on the issue then too. At the time of Apartheid in South Africa, there was also a cultural and academic boycott. I think we should also listen to the people in the country in question. In Turkey, some academics were actually calling for boycotts of their institutions.”

So do we simply ignore the disastrous consequences for individual researchers?

“In my opinion, this call mainly serves as a statement to Israel. What the actual consequences would be if a boycott happened... in my opinion such a boycott should take the form of dissolving agreements between Dutch and Israeli institutions with regard to student exchanges and other related matters. Depending on the research project, not every individual partnership would have to be stopped, but the initiators of the petition are insisting on a critical review. This does not mean that we should suddenly start viewing individuals who we previously had a good working relationship with as pariahs.”

So you are proposing a soft boycott.

‘You need to carefully listen to the people in the country in question. Often you will find that they support the sanctions proposed against their home countries.”

Universities work together with all kinds of countries and organizations that violate human rights, such as China or Shell... If you’re going to be consistent you should boycott them all.

“Because of the violence perpetrated against the Uighurs, I would most definitely support a boycott against Chinese state universities. But it depends on various factors, such as the interests involved and the goal you hope to achieve.”

If Israel becomes isolated because of the boycott, the country could radicalize and the situation might become even worse.

“I honestly don’t think the situation for the Palestinians can get any worse than it is now.”