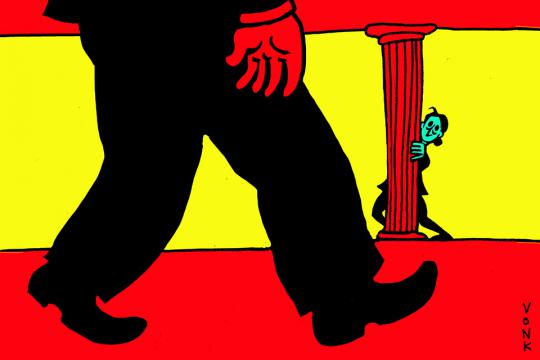 Head of Psychology Department steps down

The head of the Department of Experimental and Applied Psychology has laid down his directorial responsibilities as of last week. Reason for his leaving is the arisen commotion surrounding his job performance.

In November, Ad Valvas published a major study on the tense work environment in the Department of Experimental and Applied Psychology. It showed that employees and former employees were very displeased with the way the department was led by its head and the three section leaders. Up until last week, a professor of Cognitive Psychology was head of the department. Multiple sources confided in Ad Valvas about his rather intimidating mode of communication.

In an e-mail to all staff, the head of the department states he believes he is not able to lead the department the way it should be led (that e-mail is in possession of Ad Valvas). By making his decision at this time, he chooses not to await the outcome of the independent investigation done by research bureau Bezemer & Schubad. Their report is expected at the end of February.

Two other professors who led department sections already temporarily laid down their leadership responsibilities before Christmas, as they too, are part of the ongoing investigation. They are currently replaced by acting section leaders.

“These are hard times for the employees of this department”, says Van Tulder. “We would have preferred to have the outcome of the investigation earlier so we could have moved forward.” Bezemer & Schubad’s investigation was scheduled to have been completed by now. But because considerably more present and former employees wanted to participate than originally planned, the outcome is delayed.

Ultimately, forty-five employees took part in the investigation, whereas the expectation had been that fifteen to twenty would participate. “It has turned into a complex investigation with so many people from three different sections”, says Van Tulder. “It takes time to process all that. And because in this case precision is more important than speed, we accept the delay.”

UPDATE 05-02-21: In the previous version the header incorrectly stated that the person concerned 'resigns'. That is not the case: he takes a step down.