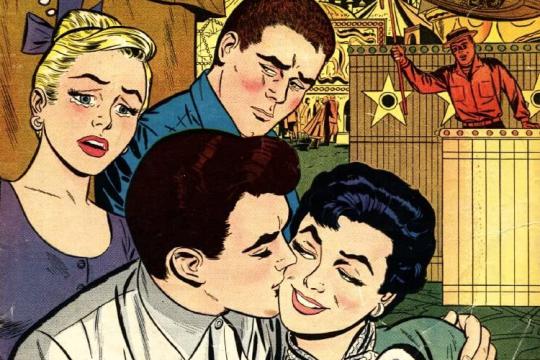 Going away for the weekend with a colleague? Check it with your boss

VU employees will soon have to report any relationships they have with colleagues in order to avoid the appearance of a conflict of interest.

VU Amsterdam is working on guidelines that will require employees to report relationships with colleagues to their supervisors. These concerns love affairs or, for example, a professor who looks for candidates in her/his own network to fill a vacancy. But even those who go on vacation with a colleague might give the appearance of a conflict of interest.

Last week there was some confusion about this topic in a meeting of the staff council (OR) with board member Marcel Nollen and Renée-Andrée Koornstra, director of HRM. A draft of the guidelines, discussed by the attendees, seemed to suggest that you should also report friendships in the workplace. “I cycle home with a colleague every morning, do I have to report that to my supervisor soon?” asked lecturer Aalt Smienk.

The guidelines caused puzzlement among many OR members. “After all, everyone can tell for themselves when something is wrong”, said someone. But that is not the case, according to Koornstra. A professor himself may think it is perfectly normal to bring in an acquaintance, friend, or even family member, but that can be viewed very differently on the work floor. To prevent that kind of tension, there must be openness about relationships so that a manager can determine whether things are problematic.

What exactly should and should not be reported is apparently not very precisely defined in the draft document. “The more precise you'll try to be, the more noise you'll create”, says lecturer Ellen Bal. “But then again, you have to be careful not to make it too vague.”

In any case, it's clear that a teacher's relationship with a student is taboo, even if the student is no longer in the teacher's course. It's also understandable that a married couple leading a group might lead to friction. Other than that, it's pretty ambivalent. For example, it's fairly normal at the university to call on employees to “use the power of their network” when posting a job opening, Nollen said. “That may therefore no longer be possible under these guidelines.”

So will VU Amsterdam keep track of which employees are getting along, are on the same soccer team, and how many relatives a professor has scattered throughout the faculties and departments?

VU families are a typical phenomenon in VU history, with descendants of families studying at VU for generations. “Keeping lists is not allowed,” Koornstra said. “We have to experiment a little bit with how to handle this. But I am convinced that this is necessary, also as a signal to the outside world. ”