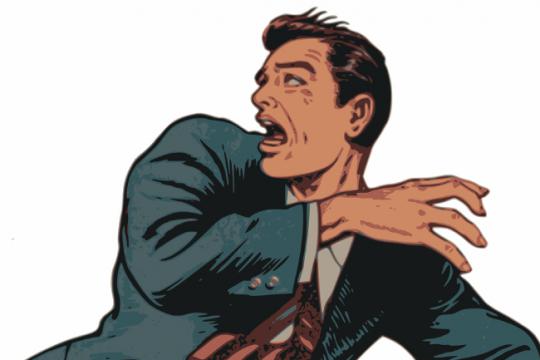 ‘Foreign powers are after Dutch technology’

“States undertake large-scale activities to acquire knowledge and technology in the Netherlands”, according to a new report by the intelligence services about military and political threats.

Dutch companies, knowledge-based institutions and researchers are a “target for a variety of digital and other attack campaigns that try to steal cutting-edge technology”, the intelligence services warn in a report that contains a threat assessment of state actors. “Knowledge and technology are also obtained by means of academic cooperation and through investments and acquisitions.”

The warnings of the intelligence services have been getting louder in recent years. The principal threats are from Russia, China and Iran. “These three countries need western knowledge and technology for their economic and military development.”

China wants its armed forces to become among the world’s strongest in the coming decades. According to the intelligence services, that country is working increasingly on the application of artificial intelligence, quantum technology and suchlike. “Consequently, there is a significant overlap between China’s need for high-quality technology and some of the technologies in which the Netherlands leads the way”, the report says.

This applies also to Russia, in broad terms. That country is still lagging behind in technology and probably wants to try and catch up. That is not easy, given all the international sanctions, so it is having to resort to other ways of acquiring that knowledge.

Apparently, Iran mainly wants to develop rockets and therefore wants to get hold of equipment and knowledge “via secret acquisition networks, knowledge-based institutions, students and researchers”, according to the report.

In an interview with Het Parool, the three bosses of the intelligence services AIVD, MIVD and NCTV are discussing the threats. Jan Swillens of the Military Intelligence and Security Service (MIVD) gives chips as an example. “Chinese students who learn about advanced chips in the Netherlands go straight into the arms industry when they get back to China.”

Ten years ago the Chinese had no malicious intentions, he says, but now they do. “Take cyber China: they are extraordinarily capable, they want to pinch our knowledge and that’s what they are doing. So all the alarm bells are ringing.”

Eight ministers, including Education Minister Robbert Dijkgraaf, have responded to the threat assessment in a letter to the House of Representatives. The dilemma is that openness and international cooperation can also be fruitful, it suggests. The government says it is important “that the Netherlands maintains an open society and economy in which we do not turn our backs on other countries, but keep the dialogue going”.

“Cooperation between businesses and knowledge-based institutions – both national and international – makes a contribution to capital, talent and knowledge”, the government believes, “and to an interchange of technologies and ideas for the benefit of the social challenges of today and tomorrow.”

More attention is definitely being paid to knowledge security in policy, since the Netherlands is an “attractive target”. A knowledge security service desk has been opened at the Ministry of Education, Culture and Science for that purpose. “Here knowledge-based institutions can get advice on the opportunities and risks associated with international cooperations and how they can be set up as securely as possible.”

Higher education is now more aware of the risks and has drawn up a guideline for knowledge security, but to be on the safe side Minister Dijkgraaf wants to have their efforts monitored. “We know that we have been somewhat naive in recent years”, he said in June.

This has not put everyone’s mind at ease. At the end of September, the House of Representatives urged higher education institutions to analyse their knowledge security more closely. A motion to ban Chinese students and researchers from all ‘sensitive’ domains of knowledge was not adopted.