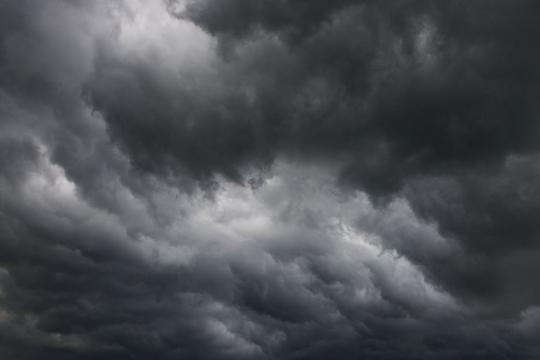 The number of coronavirus infections has risen sharply and the Dutch government is now rowing back its relaxation of certain measures. The new academic year may be looking less rosy than had been hoped.

The summer has only just begun and yet coronavirus is spreading rapidly again, especially among the younger population. The government has reinstated certain coronavirus measures that could also impact the new academic year.

The system of requiring Covid status certificates for entry to various venues has been paused. Those attending large events will once again have to be seated at a 1.5 metre distance from each other. While hospitality venues are banned from holding dance parties or staging live music events.

If the situation remains as is, the traditional orientation week, with packed student parties and crowded information fairs, will not get the go-ahead. Nor will classroom teaching be returning to normal in the fall.

“The rise in the number of cases is very worrying”, spokesperson Wesley Boer of the Association of Universities in the Netherlands remarks. “We sincerely hope that the new measures can be scaled back again by mid August because our students and teachers really need the social contact they can only get on campus.”

“We’re not turning a blind eye to the increasing numbers of cases”, says spokesperson Eva Kloosterman of the Netherlands Association of Universities of Applied Sciences. “We’re hoping for the best, but we’re preparing for every eventuality.”

No plans to adjust

The government will have to face its moment of truth by 13 August and take a decision on coronavirus restrictions for the coming academic year. Ministers are advising that, until that time, universities and universities of applied sciences should plan for two different scenarios: one with restrictions and one without.

It’s primarily the universities who don’t want to hear that the optimistic scenario might disappear from view. They are continuing to prepare for a year of teaching without social distancing, the Association of Universities in the Netherlands affirms.

“As of now, the universities also have no intention of pausing or adjusting their plans for orientation week events”, spokesperson Boer says. “Orientation weeks are super important for students and there is no good explanation why higher education cannot be completely opened up. It’s time to make education a priority instead of putting it at the bottom of the list.”

And what about the universities of applied sciences? They are also still betting on the best-case scenario, Kloosterman explains. “Because the government asked us to do that, and we too would much rather open up completely in September. But over the past year we’ve often had to adjust our expectations. It wouldn’t be very smart if we didn’t take another possible scenario into account.”

The virus is currently spreading so rapidly that Prime Minister Rutte and Health Minister De Jonge offered an apology today. Last Friday, they were mostly busy blaming the sharp rise in the number of cases on others. “Naturally, it’s all about our own behaviour”, Rutte said at the time. “And I’m talking here about things like drinks with the neighbours, indoor birthday parties and barbecues in your back garden.”

This rubbed critics the wrong way. Diederik Gommers, well-known IC specialist and chair of the Dutch Association for Intensive Care, wondered aloud on the weekend why the Cabinet had not yet offered the country an apology. Today the two out-going ministers did just that. The rapid easing of restrictions in June was a miscalculation, they now admit.