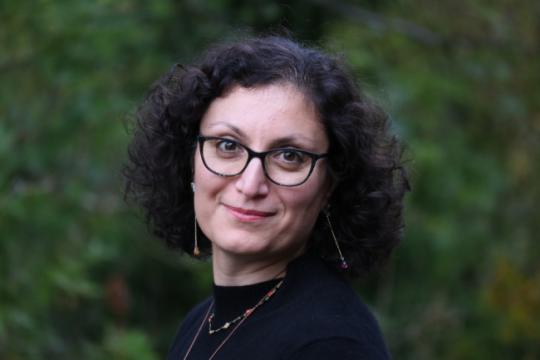 'The coronavirus crisis will widen the gap between men and women'

If female scientists become less productive in areas where schools are in lockdown, it’s because care responsibilities at home are not distributed equally, says researcher Bahar Mehmani.

The coronavirus crisis is troubling female scientists, according to research by publisher of scientific journals Elsevier. According to their study, the number of scientific papers submitted during the coronavirus crisis has generally risen firmly, but female scientists are lagging behind their male colleagues. This is because the care for the children at home is not fairly distributed, says one of the authors of the Elsevier study, Bahar Mehmani.

While the productivity of female scientists has increased less than that of male scientists, overall it still has increased. What could be the explanation for that? I would assume those extra publications are not all on corona-related research.
“I don't have any hard-core evidence for this, but the general assumption is that working from home increases efficiency. We no longer commute, for example, and have fewer teaching duties, even with having to provide online lectures. Either way, our priorities are rearranged, leaving us with more time for things we didn't get around to before. The risen numbers don’t only refer to studies that people started during the coronavirus crisis. Many people still had things on their shelf which they have now completed and submitted. And indeed, not all the research is about the coronavirus itself, but people are curious about the impact of the coronavirus in their specific area of interest, so a lot of research is about corona-related phenomena.”

You have shown that women lag behind men in productivity, and conclude that this is because they account for a disproportionate share of household- and caring duties. But that is just a hypothesis, isn't it?
“We don't have hard evidence for it, but we do have strong indications that this is the case. We looked at the number of publications that were submitted, as well as the number of requests that researchers have received to peer-review articles from other researchers and that they’ve rejected. Those numbers show that female scientists at an advanced stage in their careers, have lagged behind in terms of productivity during the coronavirus crisis. So this concerns people in their thirties and forties with mostly school-going children. In addition, we used the Google Mobility Reports to see whether the schools in the area where the researchers lived, were in lockdown. This has brought us to the conclusion that women are disadvantaged because they spend a lot of time caring for and guiding their children.”

There are quite a few studies from before the coronavirus crisis showing that this group of women has always submitted fewer articles, and that this is due to structural sexism in academia.
“Those studies don’t only look at the number of articles submitted, but also at the articles that are approved and accepted and the citation score - those matters. We have not looked at that, we will do that in the follow-up research. Before the coronavirus crisis, the number of articles submitted and published by women was also lower, but their citation score for example was not significantly lower than that of men...”

So the quality of their articles is higher than that of men!
“Haha, I'm not going to make any statements about that. The citation score is an important indicator, and you can discuss whether or not that’s justified. It is also known that women work less than men because of to the salami idea, where one study is cut into ten slices, resulting in ten separate publications. ”

But what exactly is the difference between the lower productivity of women before and during the coronavirus crisis?
“It turns out that the crisis is an opportunity for everyone to publish and with that, give their career a boost, but that women have been able to make less use of that opportunity. Their productivity is lagging more behind that of men than before the coronavirus crisis. This will only widen the gap between male and female scientists. ”

But is it scientifically justified to correlate this reduced productivity and the lockdown of the schools?
"Well, it's about strong, global research, so statistically there's little to dispute."

Even before the coronavirus crisis, VU Amsterdam has started to shift the emphasis from publishing to other factors that are important for a scientific career, such as teaching skills and team spirit.
"That's good to hear. One of our recommendations is also that, when assessing the work os scientists during the coronavirus crisis, less emphasis be placed on publications. It is just as important that scientists can transfer knowledge and know how to work together in a team. ”

If women suffer from the fact that caring responsibilities are not shared fairly at home, then the male scientists benefit from that same fact. Shouldn't they also get to work in caring for their children?
“I don't want to put this on individuals. A cultural change is needed. When I watch the Jeugdjournaal (a news show focused on pre-teens) with my child and I see how there is still a huge gender bias in the toy commercials around the show, with Lego for boys and dolls for girls, something really needs to change. ”