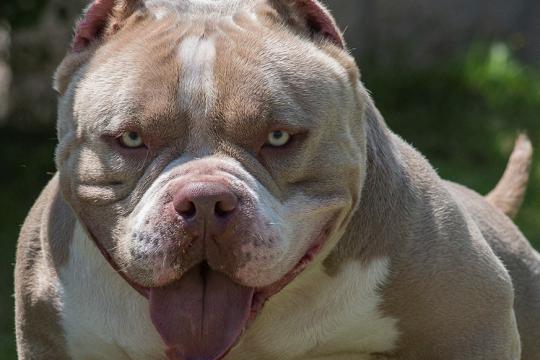 VU employees are reasonably content, but they do bully each other more than employees at other universities. On the other hand, the number of cases of academic misconduct seems to have decreased considerably.

Employees of our university are reasonably satisfied, according to a work perception survey conducted in March. They find their work challenging, experience autonomy and clarity, find the work atmosphere pleasant and are satisfied with their colleagues and managers. The work pressure is high, however, and many employees are somewhat less positive about hybrid work. There is also a lot of dissatisfaction about the findability of information on the VU website.

Social safety is also a point of attention: 11 percent of employees have experienced one or more forms of undesirable behavior – academic staff even more so than support staff. The survey shows that there is a lot of bullying, employees complain about psychic violence, sexual intimidation and even physical violence. The number of complaints about discrimination has increased sharply compared to previous years, from 1.9 percent in 2018 to 3.6 percent in 2022. The number of cases of bullying and psychic violence increased from 4.5 percent in 2018 to 6.4 percent in this latest survey. 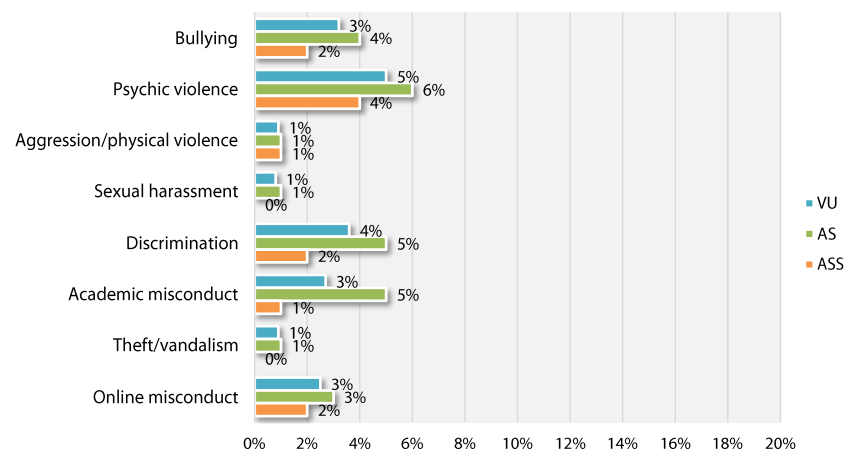 Unwanted behavior among academic staff (AS) and administrative and support staff (ASS) of VU Amsterdam. Chart from the survey report, with rounded percentages.

In terms of bullying and psychic violence, VU scores relatively high compared to six other unnamed universities. Only one of those other universities, ‘University B’, scores much higher.

Of the employees who have experienced undesirable behavior, 44 percent have reported it, usually to a supervisor. Only 31 percent felt that their complaints were handled satisfactorily. 28 percent thought so half of the time, and 26 percent are dissatisfied with the handling.

One-third reported it, usually to a manager, 24 percent reported it sometimes and sometimes not, but almost half did not report it at all, mainly because of a lack of confidence in the handling of the complaint.

In terms of academic misconduct, the VU scores significantly lower than the other universities with which it is compared in the report. Over the last decade, the number of cases at VU itself has been reduced by more than half, from 6.1 percent to 2.7 percent. The previously mentioned University B reports a score of a remarkable 8.8 percent. The other universities compared also score substantially higher than the VU, with percentages of around 5 percent.

The executive board, pleased that VU staff members are so satisfied, finds the large number of cases of inappropriate behavior very concerning, it writes in a response. Measures have already been taken in the form of training courses and an increase in the number of confidential counsellors. At the same time, the board sees ‘that sometimes a difference of opinion or negative feedback is perceived as inappropriate conduct.’ The board believes that employees should be able to address each other ‘in a safe environment’, and ‘trust each other to listen without prejudice, to ask each other questions, and to be respectful in cases where differing views are expressed’.