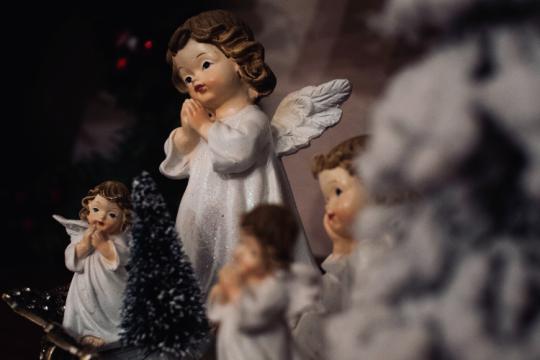 The ceremonies for promotions and orations will soon be modified. Not only the mandatory Biblical texts will be replaced, "Dear Ladies and Gentlemen" will also make way for "Dear attendees".

There will be a solution to the controversy surrounding the obligatory Bible verses at orations and promotions, or the votum and doxology. It will be a solution that does justice to the tradition of the VU and at the same time to those who have difficulty with texts about God as creator of heaven and earth, Rector Jeroen Geurts said yesterday during a meeting of the Executive Board with the participation council: the Works Council and the University Student Council.

Get down to brass tacks

The discussion has been going on for years, but the College of Deans always gave researchers and professors who objected to the texts zero to no avail. As a response, professor of evolutionary ecology Jacintha Ellers refused to chair promotions and professor of orthopedagogy and educational sciences Maartje Raijmakers has still not delivered her inaugural address for that same reason.

But a group of Life Sciences doctoral students got things moving this spring when they organized a petition and presented the result to the Works Council and the rector. Rector Geurts, who wishes to be a standard bearer of diversity on campus, went to work on it and expects to get down to brass tacks at the next meeting of the College of Deans, which he chairs.

Exactly what the solution will look like is unclear. For example, a doctoral candidate does not have to recite a Bible verse himself; that is done by the chair of the doctoral pledge, who also reads a self-selected passage from the Bible. What if that chair actually does care for that tradition? Geurts is still consulting with the beadle on the exact form.

The ceremonies need another update, according to remarks by Works Council member and lecturer in social sciences Aalt Smienk. Namely, the standard text also reads 'Dear ladies and gentlemen'. Painful for those who identify themselves as neither lady nor gentleman. At his own promotion, Smienk himself changed it to ‘dear attendees’, so no one has to feel left out.

Geurts said he was ashamed not to have noticed that himself. That aspect of the text will now also be changed.

Update: it turns out that the beadle protocol for promotions already provides the gender-neutral ‘Dear attendees’.