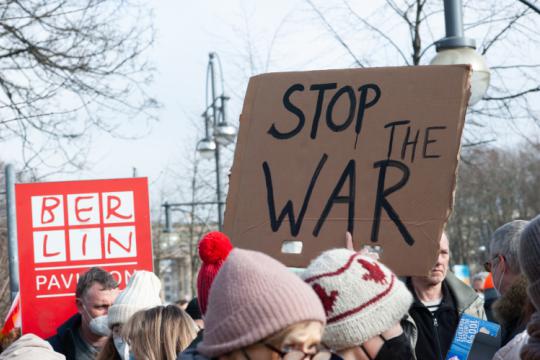 The association of rectors of Russian universities stands fully behind President Putin’s decision to invade Ukraine. In a previous statement, the association had been more non-committal.

On 4 March the rectors wrote a joint statement saying that Russia had decided “to put an end at last to the eight-year confrontation between Ukraine and Donbas, so as to bring about the demilitarisation and denazification of Ukraine and thereby protect itself against increasing military threats”.

According to the rectors it is extremely important to support “perhaps the most difficult decision our president has ever had to make”. They see it as their fundamental duty “to teach young people to love their fatherland”.

In the view of the rectors, now that Russia is suffering under “economic and information attacks” the universities need to “stand behind our president more than ever before, give our young people an example of optimism and belief in the force of reason, and instil hope that peace will be declared soon”.

The platform University World News points out that the rectors are therefore clearly taking a harder line than in an earlier statement on 2 March. There they emphasised in particular that Russian universities should not sever their international ties. Russian students in other countries and international students in Russia deserved special attention, according to the rectors.

In that same week the EU and various countries, including the Netherlands, put the formal collaboration with Russian universities on hold.