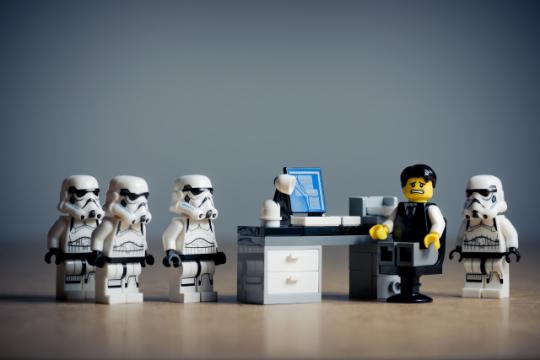 Report: Panic and lack of sleep because of temporary contracts in the academic world

Temporary university contracts with poor terms and conditions make the work of researchers and teaching staff very difficult. That is the main theme in a report containing personal stories.

Researchers and teaching staff are so worried about their future that they cave in, says the national action group Casual Academy in a report published this week.

On average, the interviewees worked five and a half years on temporary contracts. Some of them had to enter into one temporary employment contract after another for 12 years in order to continue working in academic circles.

It emerges from the stories that the lack of prospects destroys the academics. Respondents tell of sleepless nights, persistent panic attacks and physical complaints.

Researchers with teaching duties say that they permanently work overtime unpaid. Some of them worked twice as many hours last year so as to have time for their research. Many lecturers have to combine mini appointments of sometimes one day per week in order to manage.

The excessive stress this causes results in burnouts. Ironically, this can also lead to job opportunities, according to the report. For instance, one of the interviewees says that he was twice offered a temporary contract because others had dropped out with burnout.

The report says that the HR department often works against employees’ interests so as to save money. Respondents report that they are offered positions that officially do not exist, so that they can be classified in lower salary scales. The department also forced them not to give too many lectures or accept research grants because they would then have to get a permanent contract, for which there was allegedly no money.

Some employees are in a “revolving door situation”. For months on end they have no work, so that they can subsequently get another temporary appointment. One lecturer, for instance, felt obliged to continue giving lectures and overseeing working groups unpaid, for fear of burdening his/her colleagues too much.

The report says that the position of the interviewees is so vulnerable that their academic freedom is at risk. “How can you criticise someone who determines your future?” one of them asks.

Action group Casual Academy fears the overall result is that many talented people are quitting the academic world, and hopes that the report will create awareness and will lead to a better collective labour agreement.