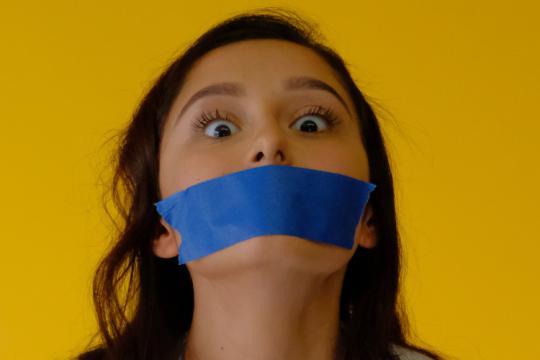 Inspectorate of Education is concerned about freedom on campus

It has been enshrined in law since 1960: higher education institutions ‘also focus on personal development and on promoting a sense of social responsibility’. At the request of Minister Van Engelshoven the Inspectorate of Education investigated what the current situation is.

Many institutions attach great importance to themes such as sustainability, diversity and equal opportunity, writes the inspectorate, and organise activities around them. But only half of the students feel encouraged to participate, according to a survey by the inspectorate.

Moreover, the debate is apparently not conducted freely everywhere. Although 86 percent feel free to express their opinion, 5 percent do not. That translates into thousands of students.

A flourishing student participation is part and parcel of a good ‘institutional climate’, as the inspectorate calls it. But the interest in it has been declining for years. Add to that the fact that social safety within the institutions sometimes leaves a lot to be desired. All in all the inspectorate doubts whether everyone in higher education learns to express their opinion freely.

The inspectorate wants to get a ‘better picture’ of the institutional climate and has announced a follow-up survey. That is in addition to the ongoing survey of social safety in art colleges and in the rest of the higher education sector.

In her response, outgoing Minister Van Engelshoven stresses that, as well as the students’ freedom of speech, academic freedom needs to be safeguarded. “This means that lecturers have the freedom to do their research, to publish their findings and to teach – even if sensitive subjects are involved or if students are not sympathetic to them.” After all, “Confrontation, debate and tricky discussions all form part of people’s development.”

In her view the government needs at least to monitor the bottom line. For instance, discrimination in higher education is unacceptable and the Minister can, in extreme cases, deprive an institution of its power to award grades.