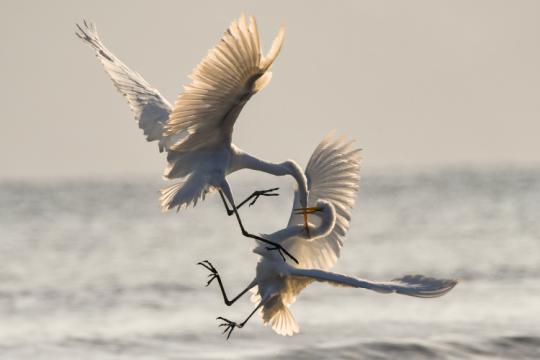 A research institute advocating for the rights of Palestinians wants Dutch universities to provide documentation regarding their ties to “organisations that propagate support for the state of Israel”. The universities have asked for more time to process the request.

All fourteen universities in the Netherlands have received a request for information and documentation from The Rights Forum, a research institute concerned with the Israeli-Palestinian conflict, founded by former prime minister Dries van Agt.

The Rights Forum wants to learn more about any “institutional ties with Israeli universities, institutions and companies, and with organisations that propagate support for the state of Israel.” Among the organisations mentioned in the request are the Centre for Information and Documentation on Israel (CIDI) and the Central Jewish Consultative Committee, as well as the National Coordinator for Combating Anti-Semitism.

The request has been made under the Government Information (Public Access) Act (GIPA), which allows anyone – regardless of motive – to request information from public and semi-public institutions. This includes most Dutch universities.

The request “does not cover informal, occasional research collaborations between individual academics, unless these contacts eventually led to institutional collaboration”.

The request has met with considerable resistance, with the Forum being accused of anti-Semitism. The New Israelite Weekly has condemned the GIPA request, calling it “absurd” while also expressing its disapproval of how some universities are handling it. The news magazine asserts that these universities have blithely forwarded the GIPA request to all their employees, “including Jewish employees, who felt threatened and intimidated by it”.

The CIDI has also expressed outrage at the GIPA request, stating that it contains leading questions “that suggest ill intent on the part of Jewish organizations, both in the Netherlands and abroad”. The CIDI calls on universities to “speak out strongly against this illegitimate approach and take steps to regain the trust of their employees”.

According to The Rights Forum, these responses are part of a concerted smear campaign. Criticism of the state of Israel should not be conflated with anti-Semitism, the research institute argues, noting that there has been a “long-standing debate” about the involvement of academic institutions in Israel’s arms industry and the country’s colonisation of Palestinian territory, among other matters. The Rights Forum states that the purpose of the GIPA request is to collect concrete data.

The Forum says it submitted the request at the behest of a group of students and academics who feared repercussions for their careers if they did so themselves. It argues that criticism of Israel often lead to protests and campaigns by pro-Israel organisations accusing those involved of anti-Semitism. The criticism currently being levelled against the GIPA request is an example of this, the Forum says.

University association UNL acknowledges on its website that there has been “considerable unrest” following the GIPA request, but states that the GIPA covers almost all universities, which means they have a statutory duty to cooperate. “Universities may not distinguish between requests that they deem morally or otherwise acceptable or suitable and those that they do not.”

The GIPA does offer some grounds for exemption, and universities are allowed to omit names and personal information. Moreover, the universities will ask stakeholders for their views on the disclosure of certain documents and correspondence. “These points of view will be a factor in the eventual decision-making process regarding publication.” As this is bound to take time, the universities are asking for an extension in order to process the request.

Meanwhile, the VVD and the ChristenUnie have submitted parliamentary questions to the Minister of Justice and Security, asking her if she finds “this kind of intimidating GIPA request, with this anti-Semitic connotation, permissible”.

No decision has yet been made on the universities’ extension request, says The Rights Forum director Gerard Jonkman. “But it seems reasonable to accommodate them if they need more time.”

28-05-2021
‘I would like to tell Van Praag: speak for yourself’
28-05-2021
Conflict between Israel and Palestine causes political unrest in higher education
20-05-2021
Dutch academics boycott Israeli universities