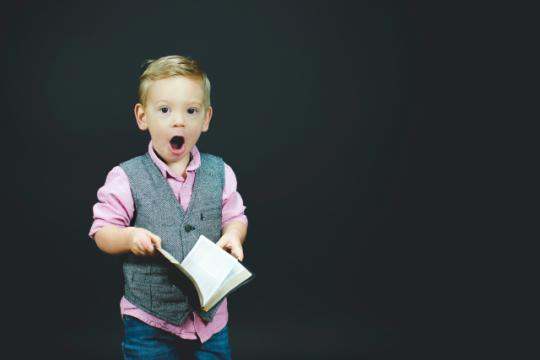 Higher education institutions are going to recruit fewer students from outside Europe with a preparatory year. It is now no longer possible to misuse that transition programme in ‘the hunt for international students’.

Higher education in the Netherlands provides preparatory programmes for international students that do not have the right school diploma, for instance if they come from a country where the overall standard of secondary education is lower than here. They have one year in which to make good their knowledge deficiency. This makes it possible for talented youngsters from those countries to study here.

But it emerged two years ago from articles in the Education Magazine of the General Union of Education (AOb) that the transition programme was being used to rake in international students. It is certainly very tempting, because students from outside the European Economic Area (EEA) pay a lot of money for the preparatory year: between 12 thousand and 18 thousand euros. Subsequently they pay thousands of euros in institutional tuition fees every year for the study programme itself.

The National Commission for the Code of Conduct in Dutch Higher Education launched an investigation. This confirmed that the transition programme “was a channel for recruiting extra international students that are not yet admissible”. The checks on their educational level were inadequate. Five universities (Twente, Tilburg, Rotterdam, UvA and VU Amsterdam) and three universities of applied sciences (HvA, Hanze and The Hague) had outsourced those checks and the preparatory year to three private agencies.

Education Minister Ingrid van Engelshoven got her Inspectorate of Education to carry out an investigation too. It restricted itself to the universities, but covered not only the preparatory year but also the admission of non-EEA students to Bachelor’s programmes.

Exact numbers are unknown, but the Inspectorate reports that 4.6 percent (around 2,500 students) of the total intake in 2020 came from countries where no school diploma at VWO (pre-university education) level is issued. The largest number of them are from China (20 percent), followed by Turkey (14 percent) and Russia (8 percent). Some of these students have had extra education in their own country or have sat an admission exam, while others need to go through the preparatory year here first. The Inspectorate of Education stresses that this does not tell the full story of the individual capacities of these students.

The Inspectorate also warns that Dutch holders of a HAVO (senior general secondary education) diploma are likely to be disadvantaged because they cannot take part in the preparatory year. But according to outgoing minister Van Engelshoven that is not a major problem. This is because HAVO diploma holders have alternatives, she argues; they can get to university by other means, such as getting a VWO diploma or studying at HBO (higher professional education) level for a year.

Even last year the National Commission for the Code of Conduct in Dutch Higher Education did not advocate abolishing the preparatory year, she writes: “In a large number of countries a five-year general education is the highest achievable level of secondary education, which according to Dutch standards is equivalent to HAVO level.” Consequently, the best students from those countries still get the chance to study in the Netherlands.

According to Van Engelshoven the universities have now stopped offering a preparatory year for study programmes with an enrolment restriction (the minister was very critical of that) and are working with the universities of applied sciences to introduce stricter selection criteria. The transition programme should then once again be available only to talented foreign students.