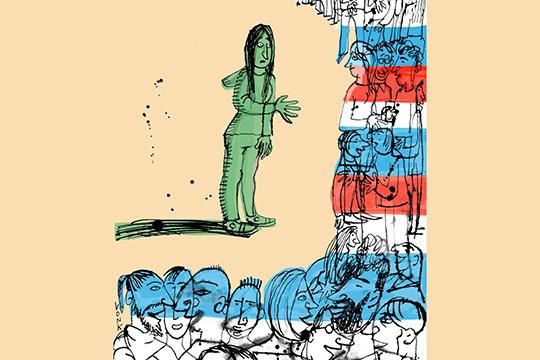 How to make Dutch friends as an international (and fail)

Making Dutch friends as an international student can be an immense challenge. The good news is that we have some useful pointers to help you in your quest to connect with the natives. The bad news? You might still fail spectacularly.
BY Nour Khamis and Emma Sprangers PICTURE Berend Vonk

If you want to make Dutch friends, it’s best to forget about the stereotypes of rude or cheap Dutch people and give them a fair chance. They may surprise you!

International Business Administration student Maria says she came to the Netherlands with a very open-mind: “I was always taught not to judge someone by their background and to get to know people before making judgments.” By now she has been at VU Amsterdam for over two years. “Somehow the overwhelming majority of my friends here are not Dutch. Not because I don’t want to be friends, but because they don’t want to be.”

'They would react very weirdly and disappointedly ask me if that means they have to speak English.'

One of her first experiences in the country was being told by a frustrated store clerk to speak Dutch. She also remembers a cleaner at VU Amsterdam remarking in Dutch that she and her study group should go back to their own country, overheard by one of the students who does understand Dutch.
Bachelor’s student Sarah also follows an international programme: “In an English speaking course people would just start speaking Dutch to me and when I said I’m an international student, they would react very weirdly and disappointedly ask me if that means they have to speak English.”

Whereas many cultures can have all sorts of intricate and subtle forms of interaction, Dutch people can be more straightforward. Try not to be overly polite and speak your mind when you want something.

For Maria, who started during the pandemic, it was tough to get acquainted with her fellow students. “We would constantly be put in breakout rooms to discuss things and I often ended up in rooms with only Dutch people. I didn’t know many people yet, so I would try to get to know the other students. When they realized I was the only international student, they proceeded in Dutch.”

Maria says she isn’t shy at all and prefers an honest approach. “I told them: hey guys, I can’t understand it if you speak Dutch. Do you mind speaking in English so I can join the conversation?” The students apologized, but went right back to speaking Dutch. By the third time she gave up and asked the teacher to be put in a different breakout room. Her breakout room struggles repeated several times throughout the course.

So making friends during classes doesn’t always work. How about trying a more social setting, where people specifically go to get acquainted with their fellow students?

That’s what the study and student associations are for. A Philosophy, Politics and Economics (PPE) student from Russia was on the board of a study association and says it was noticeable that Dutch people didn’t participate much. “I think it’s because they have their friends outside of uni, so they don’t actively try to make connections with internationals.” The Dutch friends she did make tended to have more international than Dutch friends too.

'They would literally turn 180 degrees, facing their back towards me and speak Dutch to someone else'

Maria tried her luck at study associations. “Every time I met someone Dutch and we introduced ourselves, they would say cool, mention something about my country and literally turn 180 degrees, facing their back towards me and speak Dutch to someone else”, she says. She soon felt like going to events by associations was a waste of time.

Look outside of the student population

Perhaps some students haven’t quite grown up yet. Maybe you’ll get along better with an older, more ‘mature’ group of Dutch people?

Sarah noticed that the problems she had with students also happened with the staff. While volunteering at a conference she noticed the obvious disappointment of professors and academic speakers whenever she spoke English to them. And as the first English-speaking employee at a VU department, her colleagues often made her feel like her presence was a problem because she couldn’t understand Dutch. “It just makes it hard not to feel like a burden when asking them to speak English with you seems like such a huge favour and sacrifice.”

While the Dutch are known for generally being proficient in English, they don’t necessarily feel comfortable speaking it. How about approaching them in their own language?

A lot of students come into the Netherlands with the notion that they will learn some Dutch. But for many international students English is already their second language and they’re still trying to improve it. Is it realistic that they reach a conversational level of Dutch while studying full-time and sometimes also working a part-time job?

Is there really a rift?

The Russian PPE student explains that she only has a few Dutch friends and that she does notice a divide. But to her it makes sense: “It’s easy to be around people with the same language and culture.” She says that Russians studying in the Netherlands are also more likely to seek out other Russians. 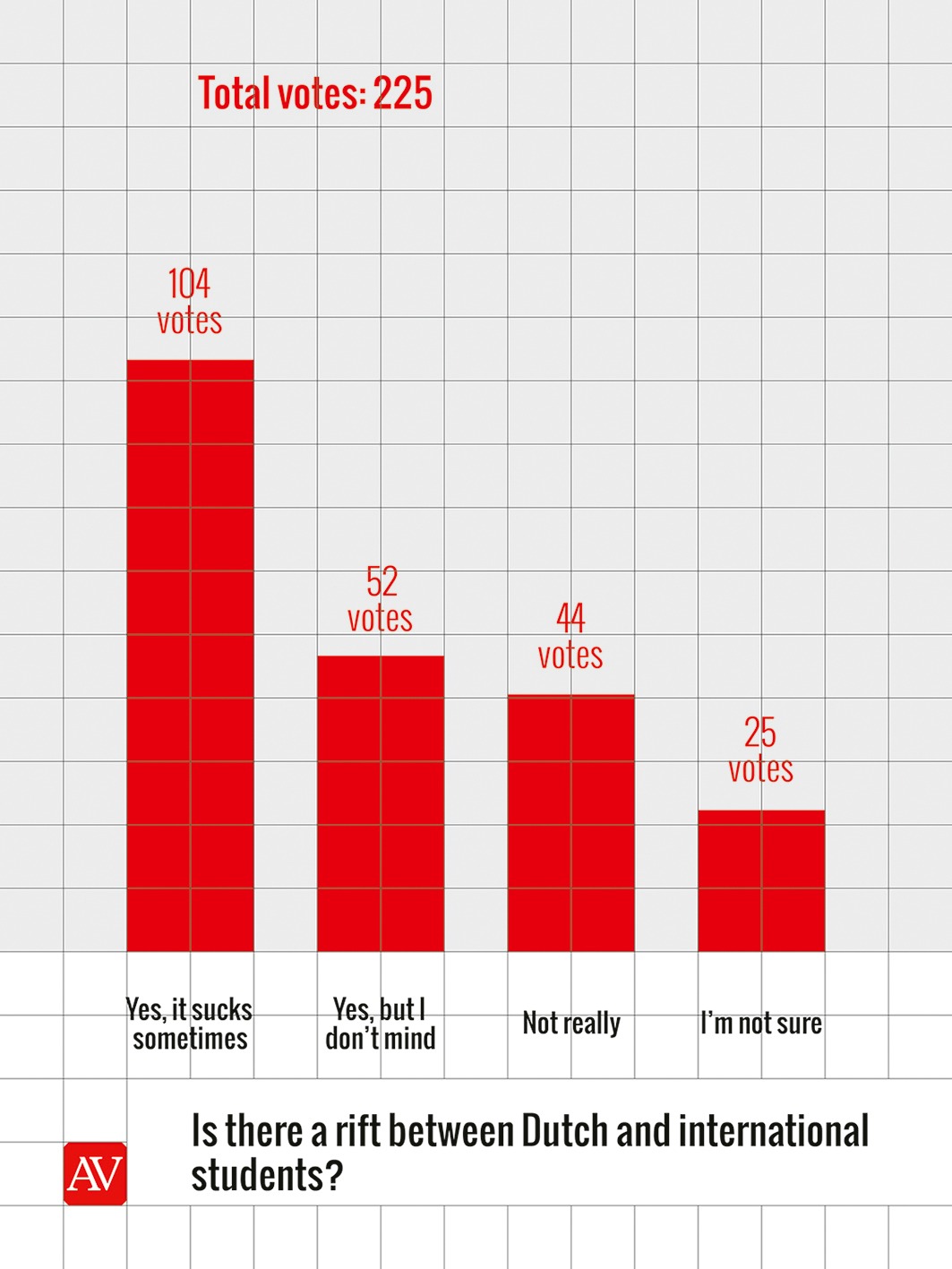 Meanwhile a poll on Instagram suggests that most people do notice a distance between international students and their Dutch counterparts. Of 225 respondents, 69% notices a rift between International and Dutch students, while 20% disagrees and 11% is not sure. When it comes to those who do notice a rift, a large majority is bothered by it at times, making up 46% of the total respondents. Half as many people say they don’t mind that there is a rift.

Some of the students interviewed requested to keep their identities hidden. They are known to the editors.

20-10-2022
International students drop out relatively often
09-09-2022
Shortage of student housing still growing, government launches action plan
16-06-2022
Universities are not allowed to limit the influx of international students
03-06-2022
Paired up students photograph freedom in the city
12-05-2022
More international students have a right to student financing
10-05-2022
Student accommodation: ‘I think it will be difficult this coming year’
06-04-2022
‘It would help if we learn about anthropology in high school’
24-03-2022
Almost half of first-year university students come from abroad