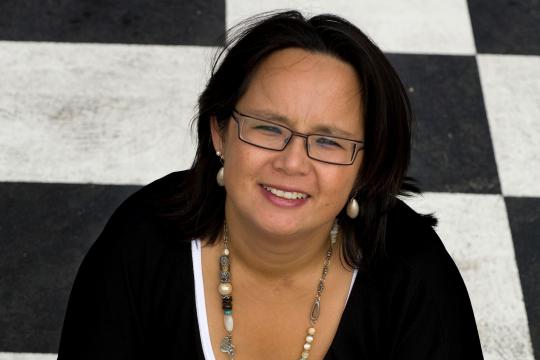 Across the country, academics will be cycling between various student towns as a form of protest at the start of the new academic year. Lecturer and researcher of Economics, Sabine Go, plans to take part.

What are the reasons for this protest?
“More visibility. The general public is aware of the issues in primary and secondary education, but they have no idea of what goes wrong in the world of academia. For years, scientists have been strung along on temporary contracts, often forced to commute between various student towns where they hold part-time positions. Our bicycle tours between towns are symbolic of this struggle.”

Tour of Academics
With the Tour of Academics scheduled to take place on Monday 31 August, the General Education Association (AOb), FNV trade union and WOinActie aim to draw attention to the considerable number of researchers and lecturers on temporary contracts. Those who sign up for the tour will be cycling a route between two university towns, such as Amsterdam-Utrecht or Eindhoven-Tilburg. Because Groningen and Enschede are a little further away from other university towns, protesters in those areas will be going on a tour past the faculties. In the capital, researchers from VU Amsterdam and the University of Amsterdam will gather at Roeterseiland and cycle to Utrecht from there.

But perhaps the time has come to get serious, to move away from playful protests and go on strike. Or, for once, work no more than the actual hours in our contracts.
“In the autumn of 2019 we took specific action, but going on strike is not the Dutch way. And of course we do not want our students to suffer. Research is easier to put aside for a while, but doing so will only create a bigger workload, resulting in additional pressure and stress. At the same time you are also damaging your own career in a world where you already have to compete on an international level with quality scientific publications in prestigious journals.”

“For people on temporary contracts, the willingness to take action is practically non-existent, because then they can certainly kiss a new contract goodbye. These are the people who need our help, who need us to take action on their behalf. Because they can’t do it themselves.”

Do you believe all those crazy plans have paid off?
“Ultimately, yes, because we do draw attention to ourselves and the issue at hand. At the beginning of this year, when we decided to report structural overtime to the Labour Inspectorate, we were also asked if we expected that course of action to lead to any real change. And it did, because the Labour Inspectorate has since launched an investigation into the matter. After all, it is far more difficult for scientists to be noticed by the general public because most people are not directly confronted with our work in the way that they are familiar with the work of primary and secondary school teachers.”

The coronavirus crisis may help illuminate the issue as it has led to more understanding for the importance of scientific research.
“That’s what I hope, that more people understand how vital teaching and research are to society. But the problems remain abstract, even for people who are closely involved. I have a son who’s a university student and it’s not as though he comes home with stories of his professors nearing the end of their rope.”

Has the coronavirus crisis caused an even greater workload?
“Yes. There was barely any room to breathe before, and you know what’s happening now? We can’t visit friends or family, so instead of socializing and relaxing, we decide to go back to work in our spare time. Or even when it is possible to go, you may end up calling your mum and saying, ‘sorry, I’m swamped with work, I don’t have time to come and visit today’.”

19-01-2023
UvA has police clear occupied building within a day
30-09-2022
International student petitions for free public transport
08-09-2022
Chair Mirjam van Praag promises VU Amsterdam will be a nicer place
16-02-2021
WOinActie: university staff on the brink of collapse
07-12-2020
Scientists attack politicians in KNAW debate
11-09-2020
Growth Fund: is science about to get the money it’s been asking for?
17-07-2020
Scientists hold a bike protest against temporary contracts this year