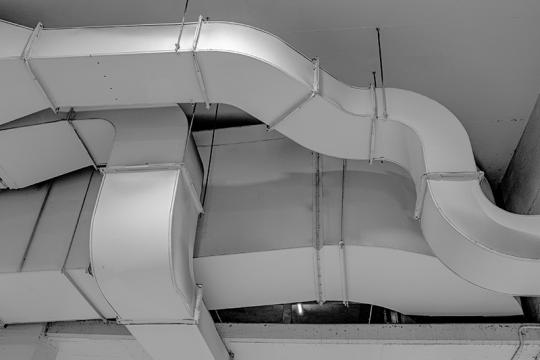 Employees and students at VU Amsterdam do not need to worry about the ventilation of the buildings. There is plenty of fresh air and air circulation, according to the on-site crisis team.

The World Health Organization acknowledged last week that coronavirus is able to spread via small, floating aerosols. For this reason some employees are worried about ventilation at VU Amsterdam, as shown from questions posed in the final meeting of the participation body and the Executive Board and from questions and reactions received by Ad Valvas.

But nobody needs to worry about our university, explains the VU Amsterdam on-site campus team in an email. 'If more employees and students at VU Amsterdam come to campus during the scale-up, there will still be plenty of ventilation in the buildings to meet the guidelines imposed by the RIVM (National Institute for Public Health and the Environment).' The guidelines have remained unchanged: 'as of now, it would appear to be unnecessary to deviate from the current ventilation guidelines in the construction decision and the applicable national guidelines', stated the RIVM on 23 June.

At VU Amsterdam, recirculation of the ventilation system in buildings has been preventatively turned off. Only fresh air is sucked in from outside and then blown out, 'to ensure that filters do not get contaminated.' The system is also on full blast, although there are fewer people present on campus. The ventilation is turned on two hours before the buildings open and is not turned off until two hours after closing.

“Research has shown that the risk of spread is slightly higher in small rooms with no ventilation. We don’t have this problem, as we have relatively large spaces with good ventilation. There is plenty of fresh air and air movement”, explains Mart van der Steeg, policy officer of health and safe working at HRM, Occupational Health, Safety and the Environment. Only some of the living rooms in the Mathematics and Physics Building are not fully ventilated. “But those rooms also have windows that can be opened”, says Van der Steeg.

Once more people come to VU Amsterdam, the amount of fresh air per person will drop, but there will still be plenty coming in, as guaranteed. Only extremely hot or cold weather could make it necessary to turn recirculation back on. At minus ten you would prefer to keep the heat inside. But there are other technical solutions for this according to VU Amsterdam. Van der Steeg: “And there’s never 100% recirculation. You always have fresh air coming in.”

He dismisses the idea that the ventilation system in the Main Building is too old. “The building is of a certain age, but that doesn’t mean that there’s no ventilation. Although the ducts have not been replaced since the 1960s, regular maintenance has been done, parts have been renewed and adjustments have been made when new rooms were created. The fact that the system is old has no bearing on the ventilation.”