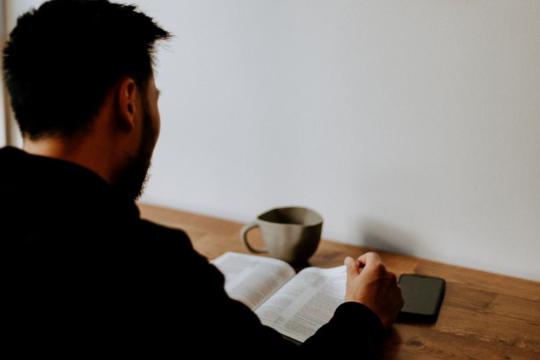 Young people without a residence permit who are rooted in the Netherlands and have a Dutch high school diploma can now study at VU Amsterdam for the regular tuition fee of two thousand euros.

Until recently, undocumented migrants had to pay ten thousand euros in tuition fees per year to be allowed to study. Until the age of eighteen these adolescents are entitled to free education, so they often go through high school without any problems. However, when they reach adulthood, their further education is hindered. Most undocumented migrants cannot afford to pay ten thousand euros in tuition fees. On top of that, the immigration service IND demands a guarantee and a study visa that migrants have to collect in their country of origin. In practice, this made studying unattainable for undocumented people, even if they had a vwo diploma and had lived in the Netherlands all their lives.

Studying increases the chances of a proper job for this group of young people and thereby the chances of a legal residence status. Many employees at VU Amsterdam immediately agreed that it fits within the university's core values to help these marginalized young people, says sociologist Tara Rose Fiorito, who works with undocumented people. But changing the system was challenging and took time. For two years, Fiorito bombarded all kinds of departments within the university with emails, notes and proposals: “Everyone thought it was a good initiative, but in the meantime nothing really happened.”

‘To me, these children belong as much to Amsterdam as my own children’

Kaak decided to treat an Amsterdam student of Brazilian descent the same as other Dutch citizens and charged her regular tuition fees. This set an example. ‘To me, these children belong as much to Amsterdam as my own children,’ Kaak said in a Dutch interview.

About a year ago, Fiorito sat with Kaak, Ruben Boers of The Hague University of Applied Sciences and Alderman Rutger Groot Wassink at a debate on undocumented migrants at Pakhuis de Zwijger. "Groot Wassink supported our initiative. We then formed an Amsterdam task force of which the covenant emerged that was signed last spring by the municipality and the Amsterdam higher education institutions," says Fiorito.

As a result, undocumented students with a Dutch high school diploma are now welcome at Amsterdam's higher education institutions at regular tuition fees. It is not yet clear how the institutions will pay the difference between the actual costs of a student – about ten thousand euros per year – and the tuition fee of two thousand euros. For Dutch students, the national government pays those costs. VU Amsterdam is investigating what the exact level of tuition fees should be for this group and how many students it can admit per year. The procedure for allowing undocumented people to study is tailor-made and what is needed will vary from case to case.

There are no examples yet of students studying at VU Amsterdam based on the covenant. An undocumented student who had previously applied to VU Amsterdam and was then rejected has since obtained valid residence papers. This enabled her to start a law course a few years ago – which is now paid for by the Dutch government.

Going to the UvA

Another student in the asylum procedure who wanted to study pharmaceutical sciences this year could not get a definite answer from VU Amsterdam until the last moment as to whether she could start at the regular tuition fees. She is now finally starting a study programme at the UvA thanks to financial help from the UAF and an external fund.

VU Amsterdam is still in the process of shaping the implementation of the covenant into procedural rules. Initially, there will be money for one to three students per year. In addition, the municipality of Amsterdam has plans to arrange a form of student finance for undocumented people.

In the United States, undocumented migrant youth have successfully fought to gain more rights over the past 15 years, including the right to study and receive scholarships. Fiorito received her doctorate in 2020 with research on this youth movement called The Dreamers. In the Netherlands, DreamersNL is also fighting for more rights for young people without residence permits.