Everyone: come out for equality (and read an LGBTIQA+-book)

“When did you know you were straight?” Each day I literally pause at this question: it is stuck to the traffic light I pass on my daily bike ride home from Vrije Universiteit Amsterdam. I personally don’t feel called out by the sticker, which obviously targets people who have never been asked this question.

I thought about the sticker on 11 October: international Coming Out Day, an event to draw attention to ‘coming out’: telling others you are not straight. Or not cisgender, if your gender identity is different from your sex assigned at birth. During Coming Out Day the rainbow community shares life stories, advocates for LGBTIQA+ rights and welcomes the occasional celebrity in their midst. Cisgendered straight people stand on the sidelines, because by definition they don’t need to come out.

More visibility for the lesbian, gay, bisexual, transgender, intersex, queer & asexual (LGBTIQA+)-community, who could be opposed to that? Still, each coming out day I wonder: doesn’t all of this contribute to cisheteronormativity?

Tell your friends when you knew you are straight

Wait… what? Cisheteronormativity? Does that still exist in 2020? Yes, it does. Also in the Netherlands. Quick recap: according to cisheteronormativity everyone is cisgendered and straight until proven otherwise. This norm comfortably divides the world in two categories: normal and abnormal. For example: the average man is attracted to women and identifies with the gender assigned to him at birth. Everything else is a deviation from the norm. Imagine a student queuing up at Spar or a teacher in the elevator: because of cisheteronormativity, others make assumptions about their pronouns & love life. If that student or teacher is trans or queer, these wrongful assumptions force them come out all over campus if they want to set the record straight.

Many LGBTIQA+ folks don’t ‘come out’ at all

The obnoxious thing about cisheteronormativity is that you only see it if you’re confronted with it. Such confrontation with the norm happens usually through a head-hitting bump-in. This happens all too often: in (Zoom) lectures, at the gym or in the waiting room of your GP. Smack! Ouch! While you rub the bruise on your forehead, you explain to the receptionist that you and your girlfriend are not siblings. Once again you are forced to come out. Sometimes it’s empowering to let the world know who you are or love. But sometimes you just don’t feel like sharing. Sometimes sharing is unsafe. Many LGBTIQA+ folks don’t ‘come out’ at all.

Coming out is not always fun. Still, we don’t really get to have a say. Cisheteronormativity forces us ‘Others’ to reveal our own Other-ness. We are cisgendered and straight until we ourselves prove we’re not. And if we choose not to make the effort, we get put in boxes we don’t belong in. Not quite the equal starting position!

If we keep legitimizing the coming out narrative, do we not continue to comply with a norm that is forced upon us? Do we not wilfully accept the idea that different rules apply to us? What would Coming Out Day look like when we think critically about why we have to come out in the first place?

As long as we don’t rid ourselves of cisheteronormativity, our bookstores, Netflix accounts and university curricula will be packed with heterosexual perspectives. Let’s normalise diversity by adding as many LGBTIQA+ voices as possible. VU Pride and the university library already jumped ahead by setting up a library to showcase the stories and knowledge of the LGBTIQA+ community. However, pushing back against cisheteronormativity is not just the responsibility of the rainbow community. So cishetero-folks: grab an LGBTIQA+ story off the Pride library shelf. And tell your friends when you knew you are straight. Because only when those conversations are normal, we can talk about equality.

Assistent professor at the department of Ethics, Law and Humanities, Amsterdam UMC 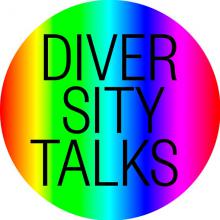