The International Office points out that students tend to group up when going abroad. Naturally, when you arrive in a new place, something from home can be immensely comforting—therefore, you find a bunch of students from your home country and you cling to them desperately.

Being outside of my usual friend group, and being dropped headfirst into an extremely different one, has been a highlight of this experience so far

I’ve never really bothered with any of that. If I threw a party and invited all the British friends that I made at VU, it would be a desperately sad event (still not as bad as the ongoing Brexit negotiations). The same attitude followed me over to Montreal. I’ve made great friends here, most notably a couple of Australians, a Canadian, and an American. When we walk into a bar, the jokes write themselves.

The average conversation between the five of us quickly descends into a sort of “Who Sounds Silliest” gameshow, as we fail to communicate properly on all accords. The idioms, sayings, and phrases that seemed so clear to me, so integral to daily speech, are rendered utterly useless when confronted with the confused faces of my new friends—and vice versa. We delight in discovering fresh nonsense and gibberish in one another’s speech (the Aussie’s often gang up on the rest of us), and we laugh ourselves silly whilst comparing our differences. I had thought my linguistic education would be mostly in French or Canadian English, but I have learned a smorgasbord of Australian terms: shoeie, tinny, garbo, and arvo to list a few. 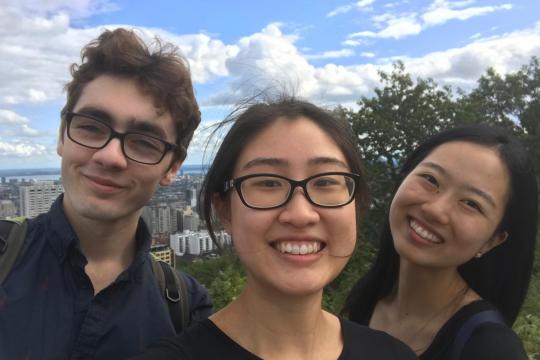 Being outside of my usual friend group, and being dropped headfirst into an extremely different one, has been a highlight of this experience so far. It maps nicely with the International Office’s chart showing culture shock—it seems I am in the excited phase, and apparently, I am to become frustrated and annoyed with these differences. Currently, I’m still celebrating the culture shock—and I think that’s a much better approach. If you want a new place to feel like home, why move? You have to lean into the differences and the confusing moments, or you’ll always be waiting for them to end. The fact is, in just one semester, I don’t think a new destination can ever be fully normalised. So, you may as well thrive in whatever puzzling new environment you may have found yourself in. 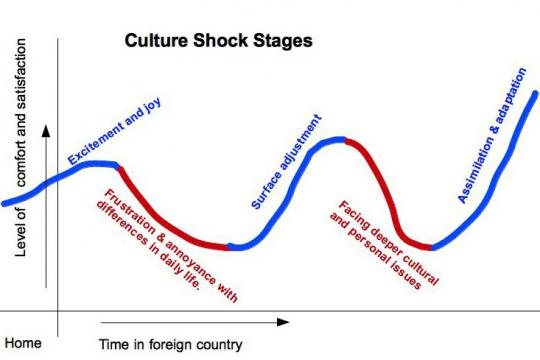